Jessica, is a cunny criminal who has negotiated with the judge house arrest. She’s not a disciplined woman and she violated the rule that she should never leave the house. She did it just to buy a pocket of cigarette, but her move was noticed and a police offer was sent to watch her more closely and send her eventually to police central. When he arrives at her house he notifies her the violation. She tries to be humble and seductive with him trying to soften him a bit, but he’s an upright cop. He searches her and finds a cell phone which is also another violation because she’s not allowed to use it. He then puts her hands behind and handcuffs her. He makes her sit and handcuffs her ankles. Again Jessica tries to seduce him but apparently without success. He goes away for some minutes reporting what he said. After he returns he tells Jessica that they have to wait some hours before judge decision about her case. Jessica asks him to have a shower. He accepts and after a few minutes she comes out of the bathroom dressed in bra and sports shorts. She tells him that she needs to do her daily exercises and asks him if she can do them in the bedroom while watching tv. The cop accepts and we see Jessica this time handcuffed in front who does some gym exercises on bed. Unfortunately the tv does not work and Jessica becomes bored. She takes out from the driver another cellphone and starts to phone a friend but she’s immediately caught. She looks mortified and seducing when the cop arrives again. He tells her that she’s to endure a stricter custody. He searches the drawer and finds a ballgag. Jessica confesses that she likes to play games with her bf and that she doesn’t dislike being playing tie up games, of course if they are just games. She stills have a very seducing attitude with the cop trying to break his coolness. The cop handcuffs her hands behind and link those cffuffs to the ankle cuffs putting her in hogtie. Then he applies the ballgag on Jessica mouth claiing that this time he’s sure she’s not going to talk to anyone. Jessica mumble something. She looks both pissed and turned on. She hopes that she’s made some breach in the cop’s hard peel and that she’ll succeed to manipulate him to make a favorable report. Or is she deluding herself? 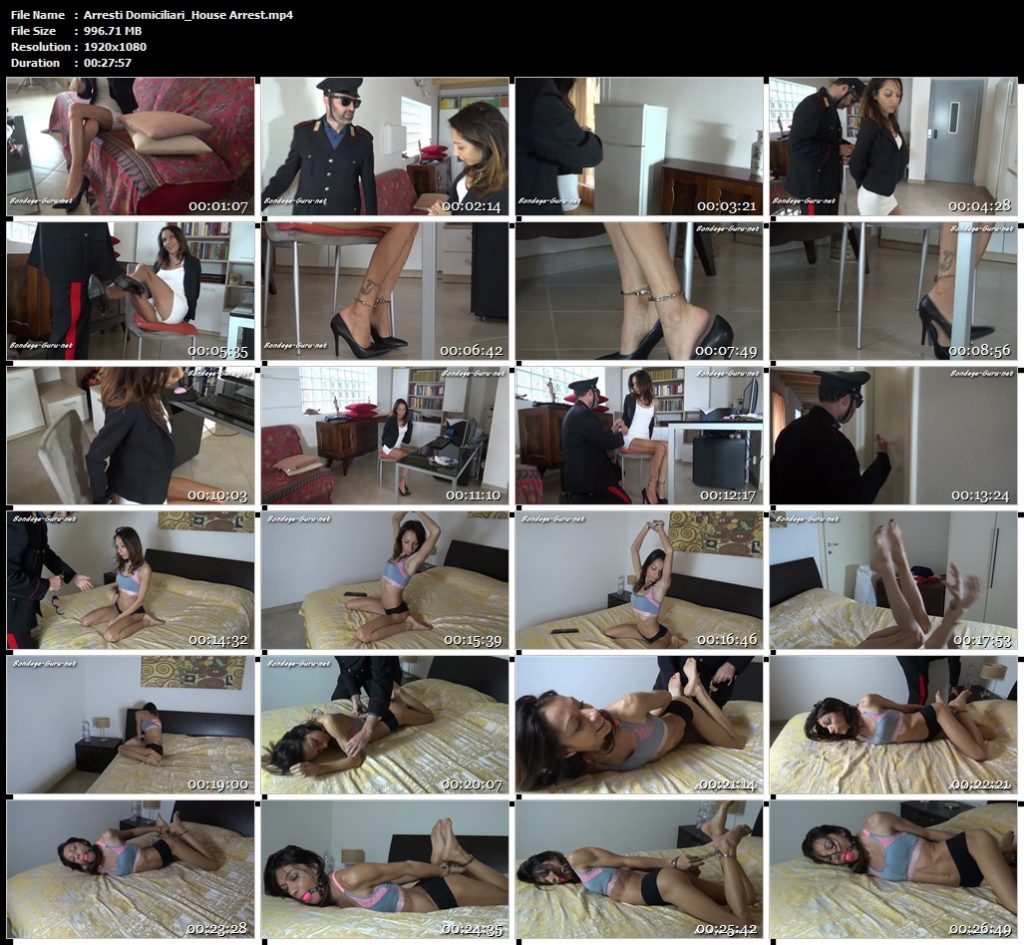 Daddy, Will You Tie Me Up Like You Did My Sister? – Badman’s Bondage Babes