Vivienne is Bound in a Frogtie and Vibrated Mercilessly – Ogres World

It isn’t that Vivienne gets tied up every day, but when she does get bound she just loves to squirm for other people to see. And that’s what happened with this video in which Vivienne was bound up tight on a Victorian style couch. Her ankles tied to her thighs, wrists tied to her ankles and she is forced to endure the onslaught of the vibrating wand that doesn’t quite bring her to orgasm. She has no choice but to squirm and struggle dealing with the extreme gag that crushes her head and she tries her best to find a comfortable spot but it just isn’t happening for the poor girl… 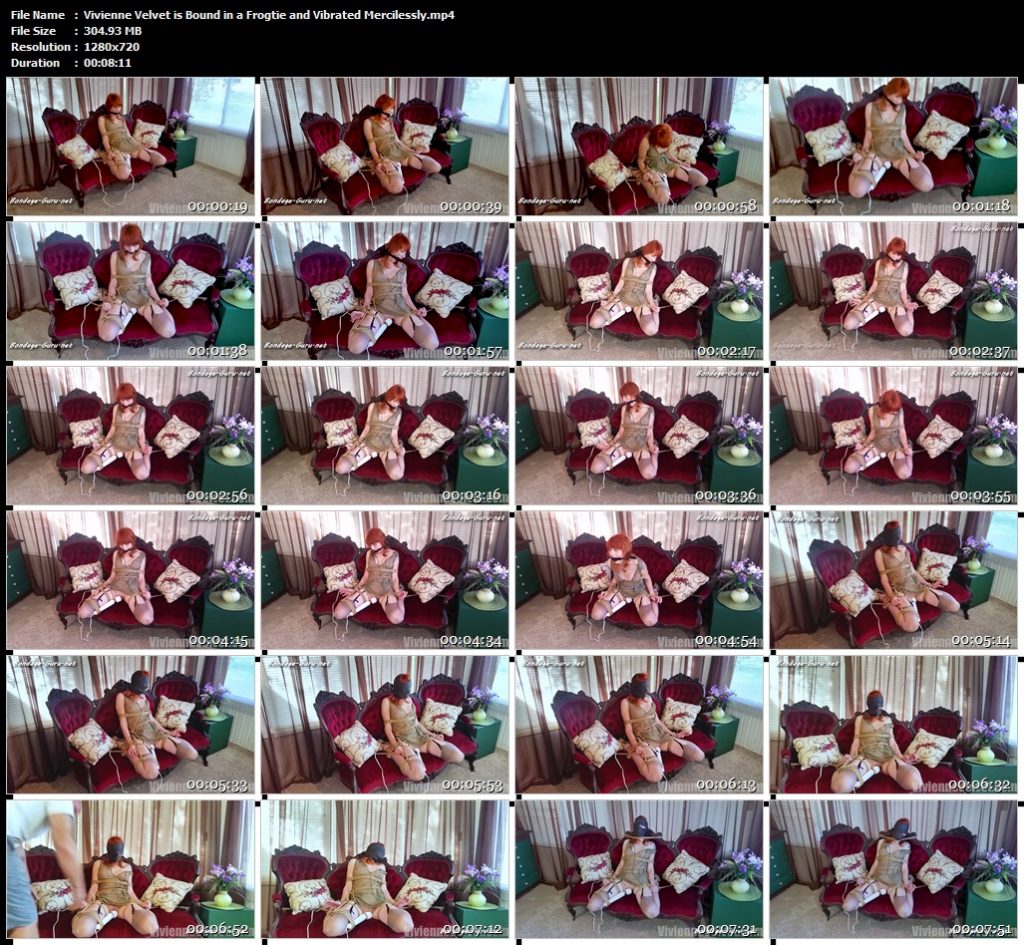 Vivienne Velvet in Black Lingerie and Bent Over Bondage

Vivienne Velvet is Hogtied and Necktied in Heels

Vivienne Velvet – Back Arched and Crotchroped

Captured Kerry is Still Tied The Morning After

Lisa Harlotte and Shauna Ryanne in Something to Cry About