Vanessa Luxx is a sinister dragon lady – crime boss of Chinatown. She is bragging to herself that her new mind control formula will have all the men in the city groveling at her boots. She talks on the phone planning to auction it off. Curvy Vanessa struts around her lair posing in her boots. Eventually a reporter finds her lair. She agrees to an interview because she’s so arrogant. She tells him about how she became crime boss of Chinatown and how everyone grovels and worships her. She realizes she’s said too much and coyly slaps a hand over her mouth saying “I mean… I’m just a humble Asian woman who owns a tea shop.” The reporter asks to see how back room but Vanessa forbids it holding up a booted foot to block him from entering. Vanessa then tries to knock him out with a spray but only succeeds in knocking herself out. She comes too realizing she is tied up and tape gagged. She angrily struggles and gag talks. Vanessa is infuriated and struggles like crazy. Finally freeing herself from the bondage she confronts the reporter removing her gag and threatening to make him pay for humiliating her. Vanessa grabs a bottle of the mind control potion and says when she drinks it he will become her slave and worship her boots. Oh no! Vanessa realizes he switched the potion. She hand gags herself before vanishing. All that remains are her brown boots sticking straight up as if she popped out of them and disappeared into thin air… 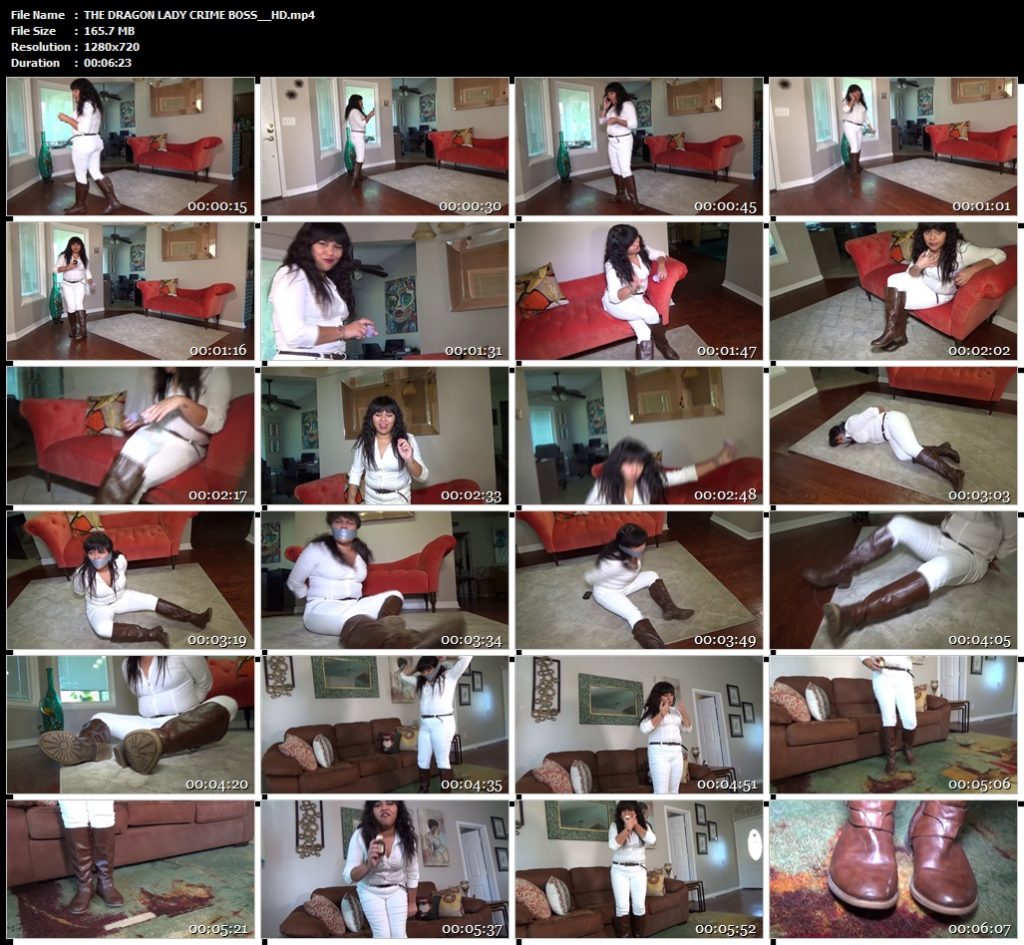