Squirm – Elise Graves – Elise is Tied into a Tight Crotch and Neck Rope Hogtie – Much Struggling, Squirming and Suffering – BallGag

Whoever tied up Elise decided she needed some quiet time, as she is helplessly bound all alone. Elise is tied into a secure crotch-rope hogtie with her hands rendered helpless and her feet tied to her neck, creating a constant tension on her neck. Elise’s eyes begin to bulge, redden, and become glassy the longer that she struggles in her tie. Watch as Elise rolls around on the rug, attempting to relieve herself of some of the tension on her neck. After sometime, someone returns only to place a ball gag in Elise’s mouth before leaving once again. Elise’s predicament is more severe, as she begins drooling down her face with her neck strained even more and her breathing becoming more labored. Elise loves to squirm in bondage for you. 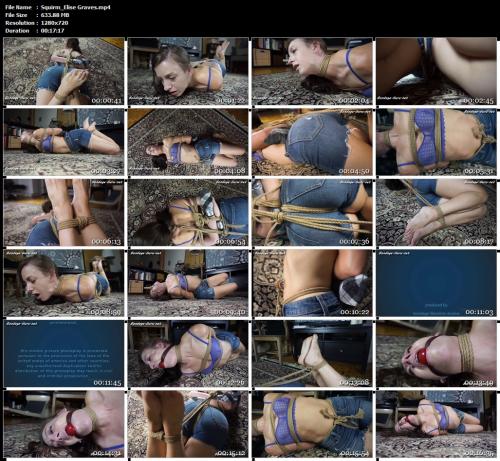 Sharon: She Can Barely Move – BONDAGE DAMSELS by RobertDeane

Carleyelle – The mummification nightmare continues – The attic of Jack Bond