Miss Whitney Morgan is SUPER GIRL! And she’s ready to be part of a major interview and magazine spread! The photographer signals she moves around, poses in typical superheroine poses, and insinuates the photos would be really sizzling if she stripped down out of her Super Girl uniform to just her bikini and boots – taking some more posed shots. But, what would really be great to the photo-shoot… would be Super Girl bound and gagged! After all, most superheroines do end up in peril.. the photographer throws some rope her way, a cleave gag, and handcuffs. Hesitant, but wanting the photos to really stand out, she ties herself up, gags herself, and even slips on the handcuffs tightly on her wrists. Posing more, hoping around, twirling, acting in peril, giving damsel eyes, but as the “photographer” brings himself closer and closer she realizes that he’s no photographer at all.. but a VILLAIN! She gasps, eyes widen, it’s too late!

Whitney Morgan as Super Girl… finds herself bound ever so tightly by the evil villain she was so naively coerced into thinking she was really modeling for a pictorial article for the newspaper boasting superheros.. She bound herself just enough to rend her helpless by her own powers.. perfect opportunity for the evil villain (POV) to swoop in and seal the deal with layer upon layer upon layer of rope wrapped around every inch of her body, added chains of pure unbreakable steel.. Super Girl struggles.. tries her every bit of strength to break free, rip the ropes, crack the handcuffs, jingle the chains from her body, slip free from the evil villains grasp… Her spit fills her cleave gag, red lipstick staining the cloth, she gag talks through her clenched teeth, begging for release, demanding that no matter what.. goodness always prevails over evil. 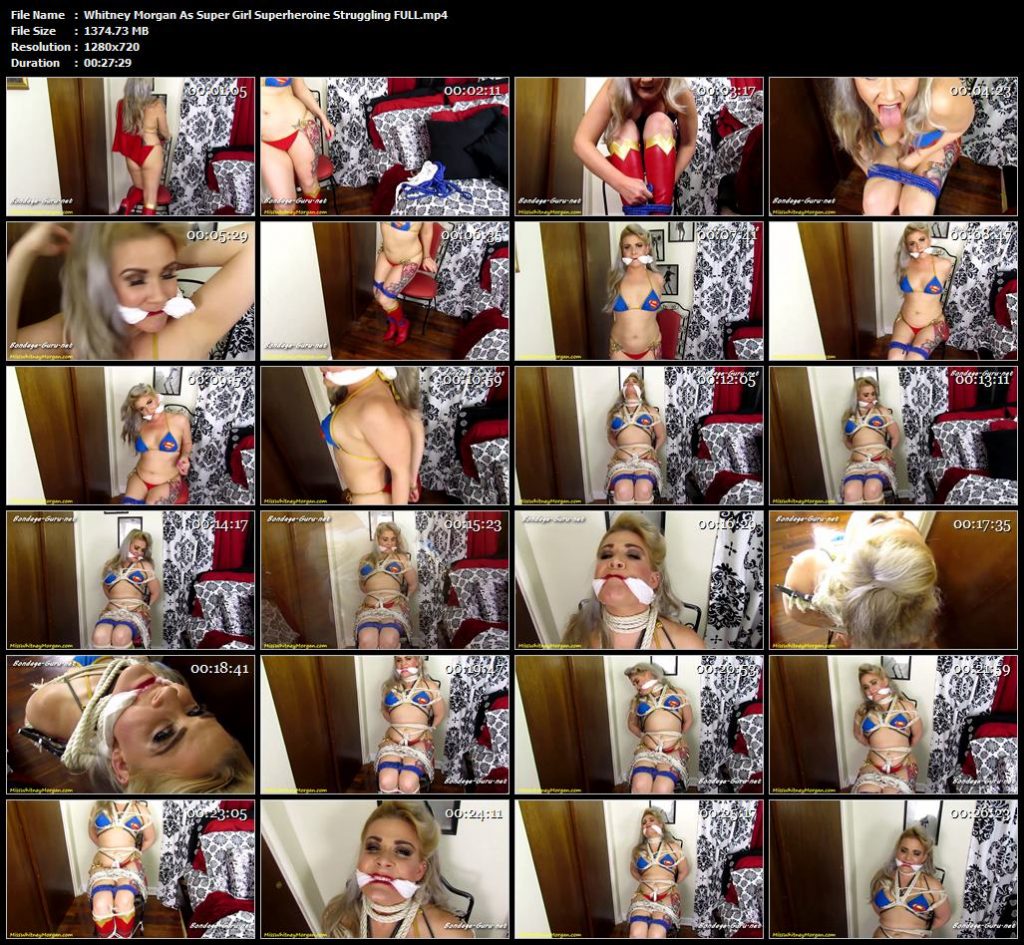