Whitney has just gotten home from work, and she tells her husband (POV) that she’s excited to finally get some hang out time with him. He tells her that he’s made plans with the guys, and Whitney expresses how disappointed she is. She begs him to hang out, and even does a little strip tease for him. He holds up some rope, and Whitney tells him that she’ll do whatever he wants as long as he stays home with her. He ties her up (off screen) & Whitney struggles around in the ropes for a bit before he holds up a red ballgag. He stuffs it into her mouth (off screen) & in the next scene we see Whitney bound & gagged up tight struggling on the couch. She tries to communicate with him through her gag, but now that she’s all tied up & out of the way, her husband leaves to go hang out with the guys like he originally planned. 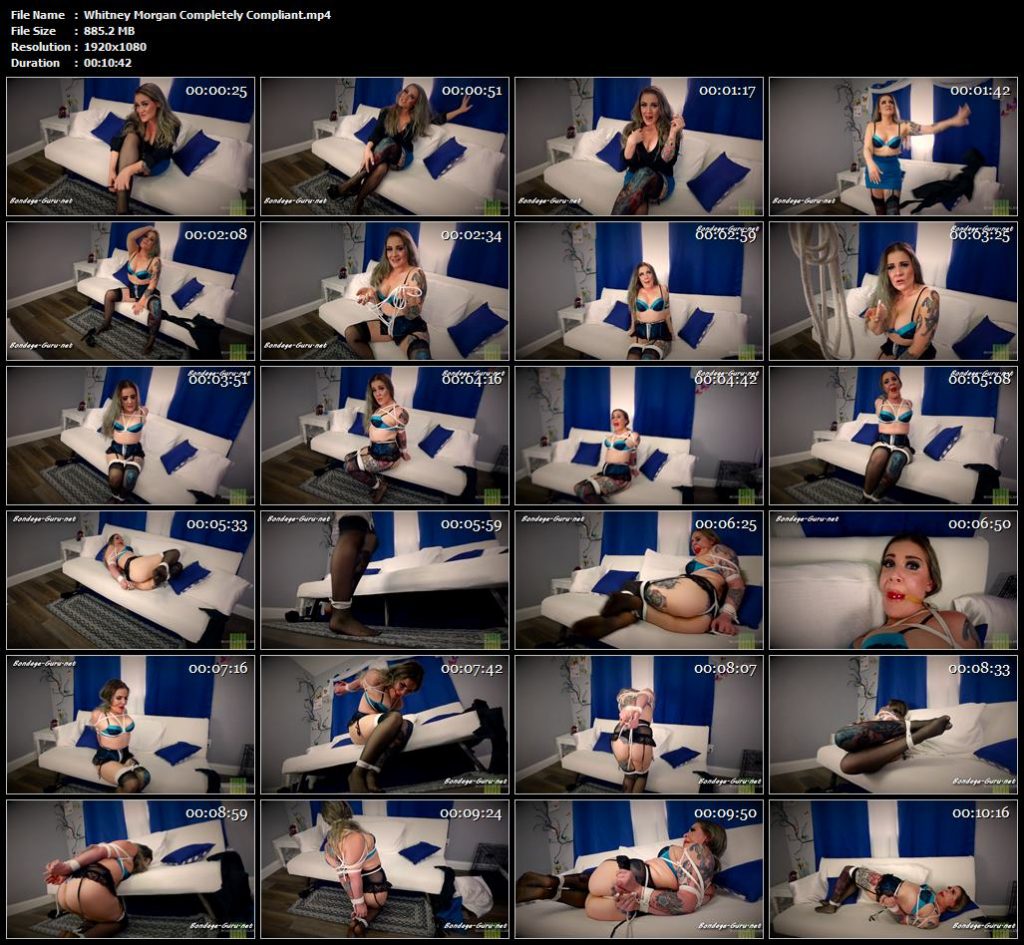