*this is a custom clip

Nahla & Slyyy have just returned from playing tennis, and Slyyy is excited to have won & can’t wait to cash in on their $500 bet. Both ladies remove their shoes & begin to rub their feet. Slyyy comments that having her neighbor be a ballboy this year made things move faster & she thanks him (POV). She tells him that their about to order pizza & offers him some when he tells her that he would like to tie them up as his payment for being their ballboy. Nahla scoffs saying, “Don’t involve me in this. You two figure this out while I go wash up”. The next scene opens up with Slyyy tied on the couch, ungagged & her big toes are tied together. Nahla comes back into the room & is surprised that Slyyy let him do it, but Slyyy explains to her that she’s let him tie her up once before & that she easily got herself out. The ladies then discuss changing the terms of their bet & decide on a double or nothing bet on who can escape first. The next scene opens up with Nahla tied up on the couch the exact same way as Slyyy. The women struggle for a bit trying to get loose, and after a few minutes the POV returns & Nahla cusses him out. The next scene opens up with both Nahla gagged with her own socks & clear tape is wrapped around her head in a sort of cleave gag. Slyyy laughs at her friend’s misfortune & takes great delight in Nahla’s angry gag talk. The ladies continue to struggle like this for a bit, and in the final scene both women are gagged with their socks & a clear tape cleave gag, placed into a hogtie & have a piece of rope tied around the soles of their feet. 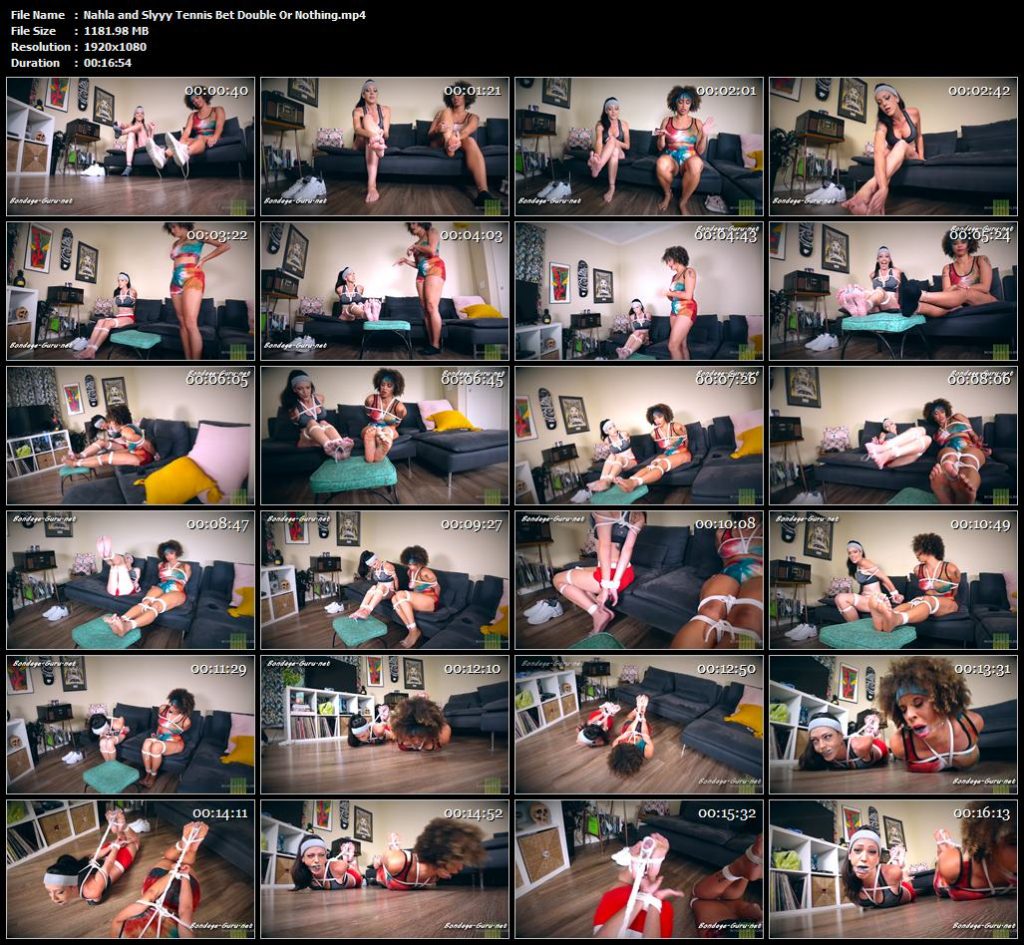