Nahla & Phoenix are sitting on the couch talking about how uncanny that their stepsons met in college & became friends. At first they were worried about them playing video games all of the time, but playing those games seemed to keep them out of trouble. As they’re chatting, they2 guys (POV) walk into the living room holding some rope. Phoenix says that they just want to play a little game of cops & robbers, but Nahla says that she doesn’t trust this “game”. Phoenix finally convinces Nahla to play, and the next scene opens up with both ladies tied up & sitting on the floor. They both have cleave gags in their mouths, and their shoes & socks have been removed. Their toes have been tied together & so have the soles of their feet. Both ladies bicker for a few minutes as they struggle around, then Phoenix tells Nahla that if they get their toes & feet untied, they can hop away. For the next few minutes, Nahla & Phoenix try relentlessly to get their feet untied until their step-sons enter the room again. The next scene opens up with Nahla & Phoenix stripped down to their bra & panties, hogtied on the floor. Their white socks have been stuffed into their mouths & a clear tape gag has been wrapped around their heads. They struggle in their hogties until the final scene where they are blindfolded.
*this is a custom clip 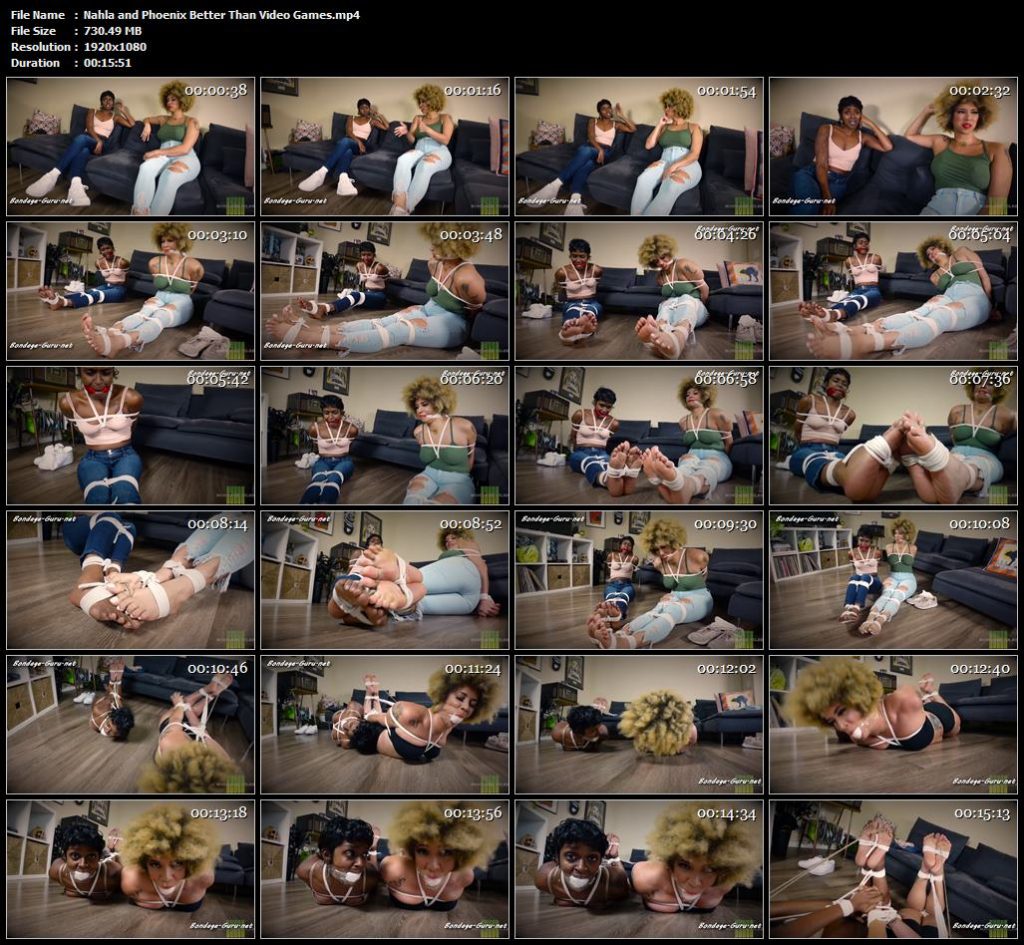