Whitney knew the people across the street were up to no good. She told her husband that she wanted to go get a closer look. But he told her, No! and warned her that she should mind her own business. A short time later, her cell phone rings. It is her husband calling her. But Whitney cannot answer. Because earlier, she had paid no attention to his warning and did go across the street. She was right. The neighbors were in fact up to no good. But now they have her tied and gagged so she cannot answer her phone. As she struggles bound and gagged, Whitney thinks to herself, “Maybe for once, I should have paid attention to my husband!” 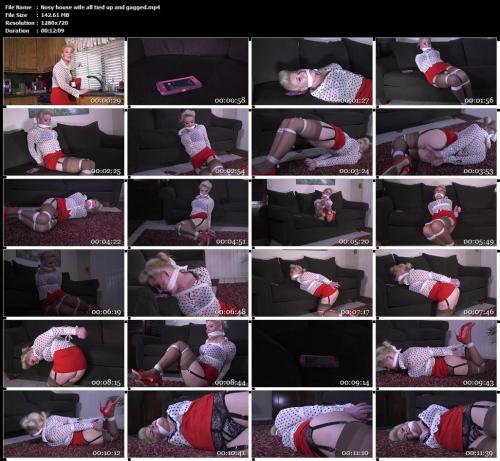