The plan was for the sexy, spandex-clad MILF masterminds to hire a big brute to help them load the heavy stuff into the van and then leave him there to take the fall for the caper. But Sandra and Lisa didn’t plan on the brute having plans of his own. After the van was loaded, he thoroughly tied and gagged the titanic-titted thieves and left them as the scapegoats instead! The long-legged lovelies take nearly a half hour to help each other escape from their predicament. You’d think the first thing they would want to do is to get out of there, but instead, the rope and struggling gets them so hot, they decide to have an – unscripted – make-out session! 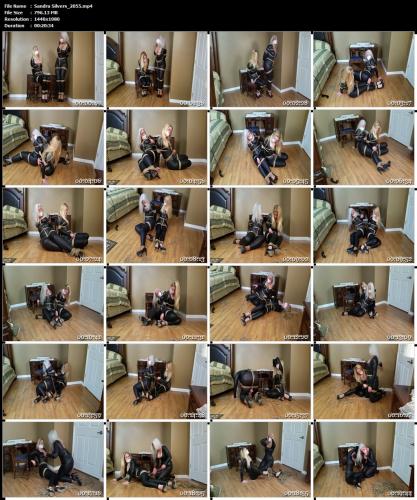