Wannabe actress garnet Rose sees an ad in the back of a magazine, and decides to call the number. She makes an appointment for an audition, and shows up at the appointed time. Nyxon (POV) asks her a few questions, and Garnet expresses to Nyxon that she’ll do anything to get this acting job, even if it means trying something out of the box. Nyxon tells her to strip out of her dress, and then they can move on to the next part of the interview. Garnet hesitates, and Nyxon reminds her about how much she wants this job. Slowly, Garnet strips out of her dress, revealing her waist cinched & full fashioned stockings. Nyxon tells her that she has to get something, and that she’ll be right back. When the next scene opens up, we find Garnet tightly tight with a white ballgag in her mouth. She struggles around the couch, begging to be let go through the gag. She makes her way to the floor, where she struggles some more trying to wiggle the ropes free. 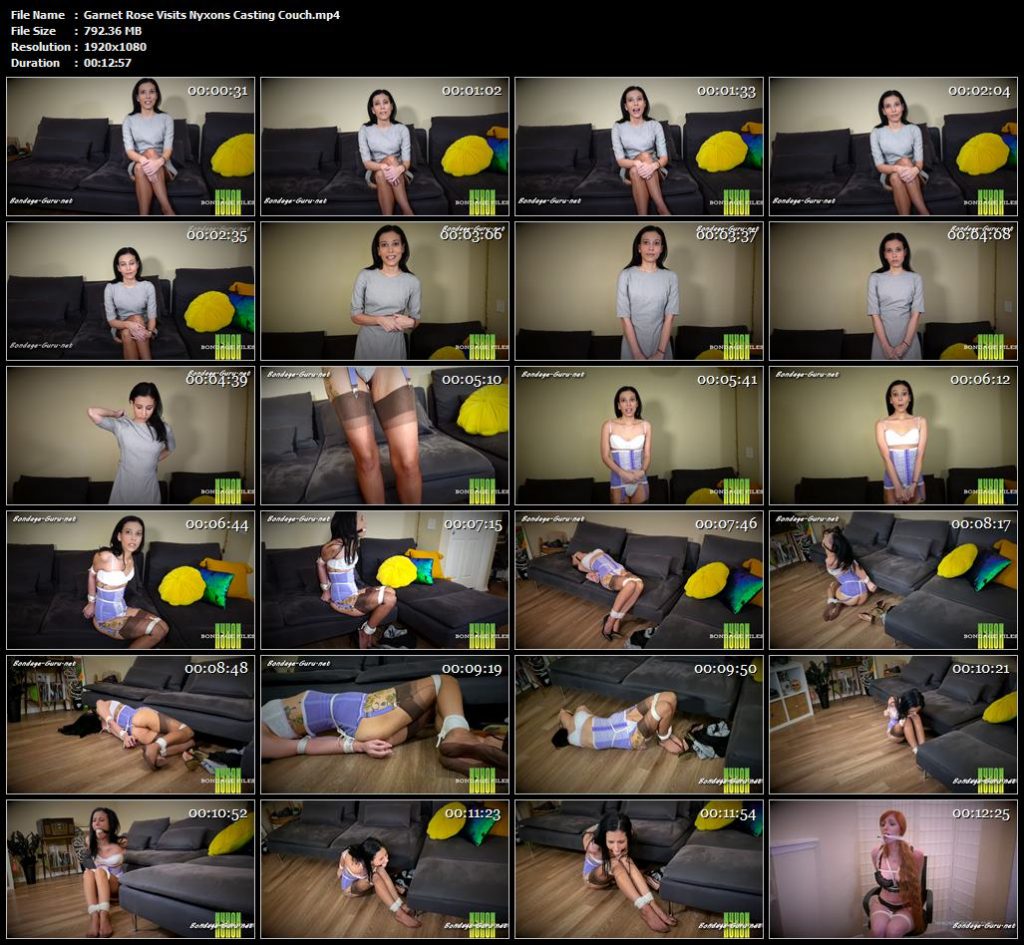