This is a custom video where my goal was to remain hogtied for 1-hour – bare foot, blind folded, ring gagged, crotch roped, elbows tied, with my hair to my feet – on the rotating disc THE ENTIRE TIME. When we received the request for this custom, I was 50/50 on whether or not I could conquer a 1-hour hogtie but I was all about the challenge. Knowing that the closest I’ve ever come to 1-hour was during my first attempt at an endurance hogtie called, “Stay”, where I lasted 57 minutes, so I was confident.”Play Date Part 1 – Welcome Back Mizuna Kitten” was our first attempt at this custom. We decided to use our hot female friend to distract me, in hopes that it would make things easier for me. That was a huge fail due to the heat factor. Lasted less than 30 minutes. We were both disappointed but not surprised that I didn’t last very long because it was intolerably hot in the Playroom so we figured we’d try again another time, indoors. Our second attempt was, “Apprehended and Hogtied Real Estate Agent”. Since we learned that I needed to be in controlled climate, we had to get creative so we tried to create a story line where I’d be taken against my will, hogtied, and left for display. I lasted no more than 38 minutes this time. The crotch rope digging in my pussy and rough, rigid edges of the wooden pallet I was laying on took a toll on me right after the half hour mark and I tapped.”16 Minutes Shy of the Goal” was our third attempt. Same thing this time. Half hour mark, I started to feel the edges of the wood digging into my thighs which would lead to me adjusting myself, and instead of finding a comfortable spot, I end up adding to the discomfort, resulting in a tap out. I was even more disappointed with myself.While Martin believes it’s in my head, I disagree. Being bound and gagged in the office, in the car, and in the Playroom is significantly different than in the bedroom because the interaction and attention I receive is never to the level that you see on camera. A bound and gagged Asiana, in the bed, roped just as hard, but gets all the sexual attention she wants. Roped and gagged just as hard, touched, licked, groped, choked, suffocated, flipped about, and pounded hard. I can last well over an hour because it’s what I call, “my distractions” from the pain… VS a bound and gagged Asiana, unable to move an inch, unable to adjust, unable to see, not to be spoken to, no way to tell how long I’ve been tied, and tied on an uncomfortable surface. I learned that it’s not easy but I am STILL determined to make this happen! 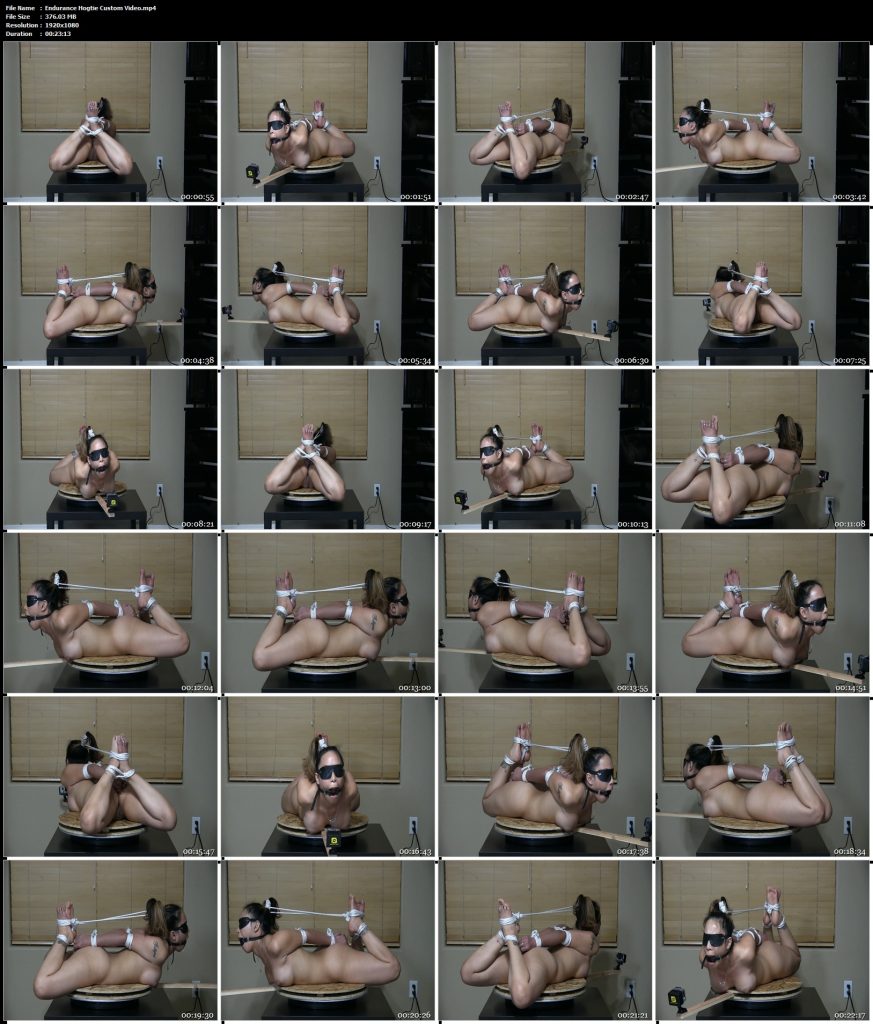