The story continues and it seems the degenerate dark phantom has his own wicked plans for the hot heiress Madi Meadows. The leggy beauty finds herself dressed up in a scanty cow costume and lashed to an upended bed frame in a standing spreadeagle position. The adorable captive is bit-gagged, and her creepy captor wordlessly taunts her with a bony finger before stepping away to relish her humiliating plight. Poor Madi pulls and struggles against the ropes, moaning and begging for an end to this torment. But before long Ms. Meadows’ breasts are magically bared, and she’s helpless to stop herself from drooling past the bit-gag and down her naked chest. Then suction devices are taped to her breasts, over her nipples. The tied-up heiress struggles and frets, wondering what her deviant keeper has in store for her now. 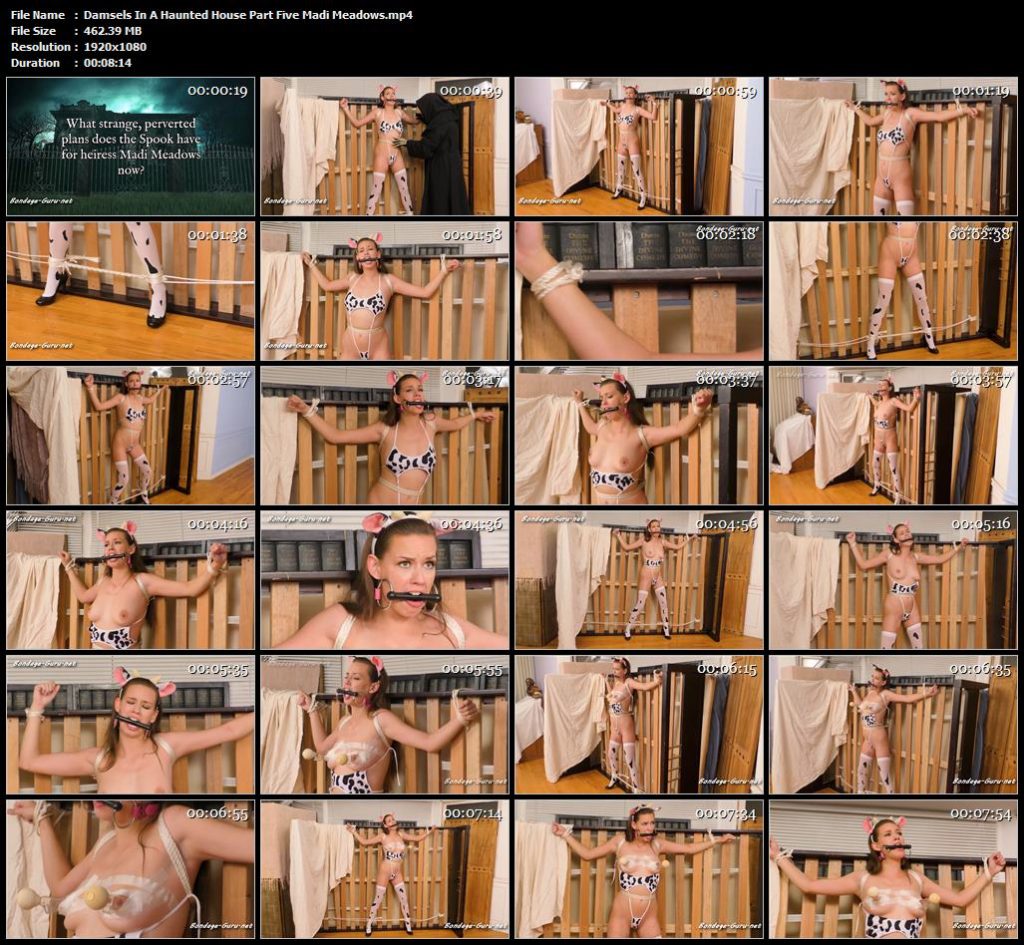