Dahlia fell into her job as director of the mens retirement facility, and while the pay is great, she resents spending her life taking care of these creepy old men. She constantly berates them, doing her best to make them feel small and useless, but as it turns out, one of the new rtesidents doesn’t much care for being spoken to in such a manner! He not only tells her off in no uncertain terms, he ties the mouthy girl up! She struggles to get free, spewing all sorts of insults and rude comments to them man, and he simply listens until he grows tired of her bitchy attitude and constant motor mouth! Now the poor girl ends up bound on the floor, a fat ball gag stuffed into her drooling, gurgling mouth! Worse still, her dress has been opened to expose her big tits and her cute young pussy! A crotch rope is tied VERY tightly and the old man commands her to grind against it until she comes! Humiliated, she has no choice but to comply, embarrassed and riddled with shame at having performed such an act in front of this creep. If THAT left her feeling embarrassed and exposed, she’s in for a VERY rude surprise! Bound fully nude to a chair, a vibrator tied to her pussy, she is left alone, ball gagged and helpless, as she climaxes again and again! All the residents watch in glee, and they all concur: this is MUCH more fun than shuffleboard!! 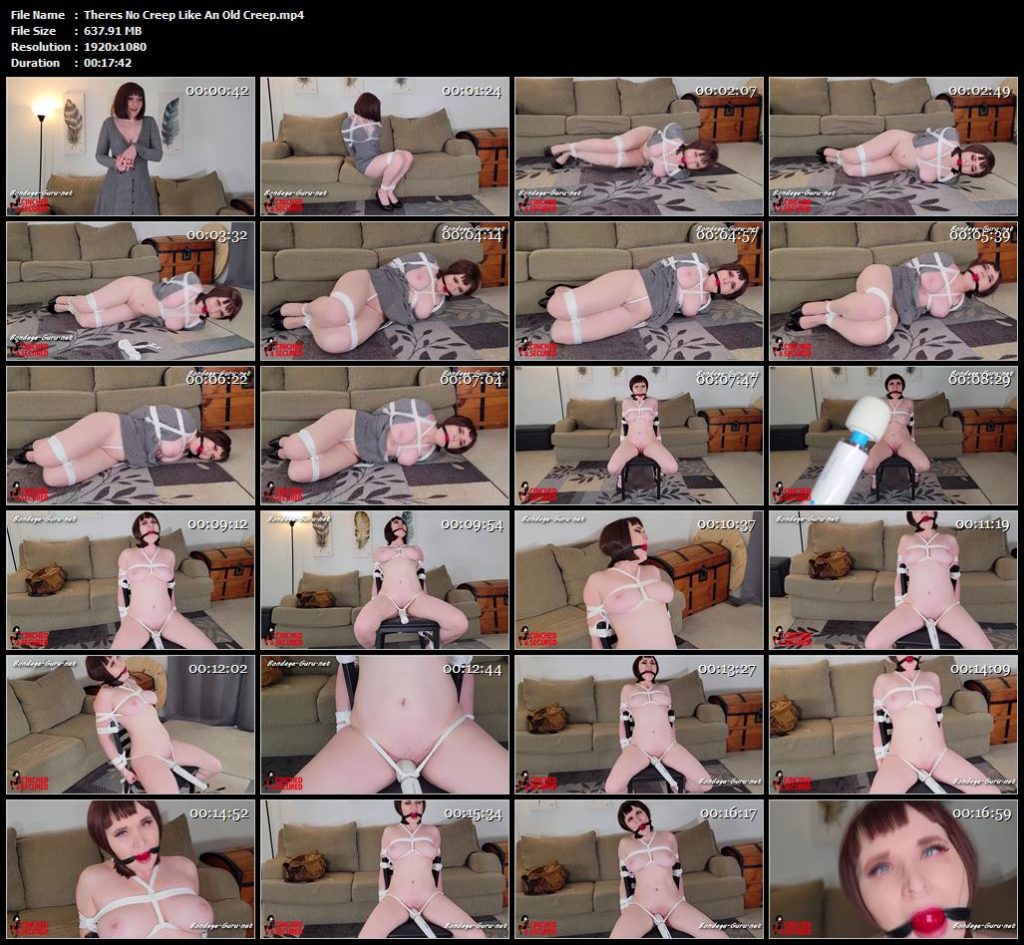 Cinched and Secured – Dahlia Lark – That Hogtie Is As Good As Gold!

Cinched and Secured – Rosie – The Summoning