School girl Katana Thorne has a natural curiosity, and that sometimes leads her into places where she should not be. Take, for example, the dark, creepy cellar rumored to be the headquarters of a drug syndicate. She simply had to see for herself, taking pictures all along the way so she could prove to her friends just how brave she was. Of course the head of the drug operation didn’t appreciate the girl snooping where she didn’t belong, and after being quickly overpowered, Katana awoke to find herself taped very tightly to a chair in the basement! She barely had time to wonder what had happened before her captor stuffed a rag in her mouth and sealed her face shut with sticky gray duct tape! Now unable to call for help she could only struggle and grunt as she tried to escape. Her determination was fueled by two things: the act that no one knew where she was, and the ticking time bomb just a few feet away from her! Unfortunately for Katana, her determination only succeeded in her tipping the chair over in her struggles! Now completely screwed, she was in a blind panic as she could only stare helplessly at the bomb which was now just a few inches from her pretty face! Just when she thought she would be blown to bits, the man returned and pressed a sweet smelling rag tightly over her sealed mouth and nose, and as she struggled, the fumes seeped into her brain her struggles slowed as her eyelids fluttered shut. When her head cleared, she found to her horror that she had been bound and hung from a pole in the basement, her legs folded and tied, ropes biting into her flesh as she twisted and struggled in the air. She was going to be here a long time. As she hung like a side of beef, she knew that her friends would never see the pictures she had taken, let alone her, as she was now a plaything of the drug lord! 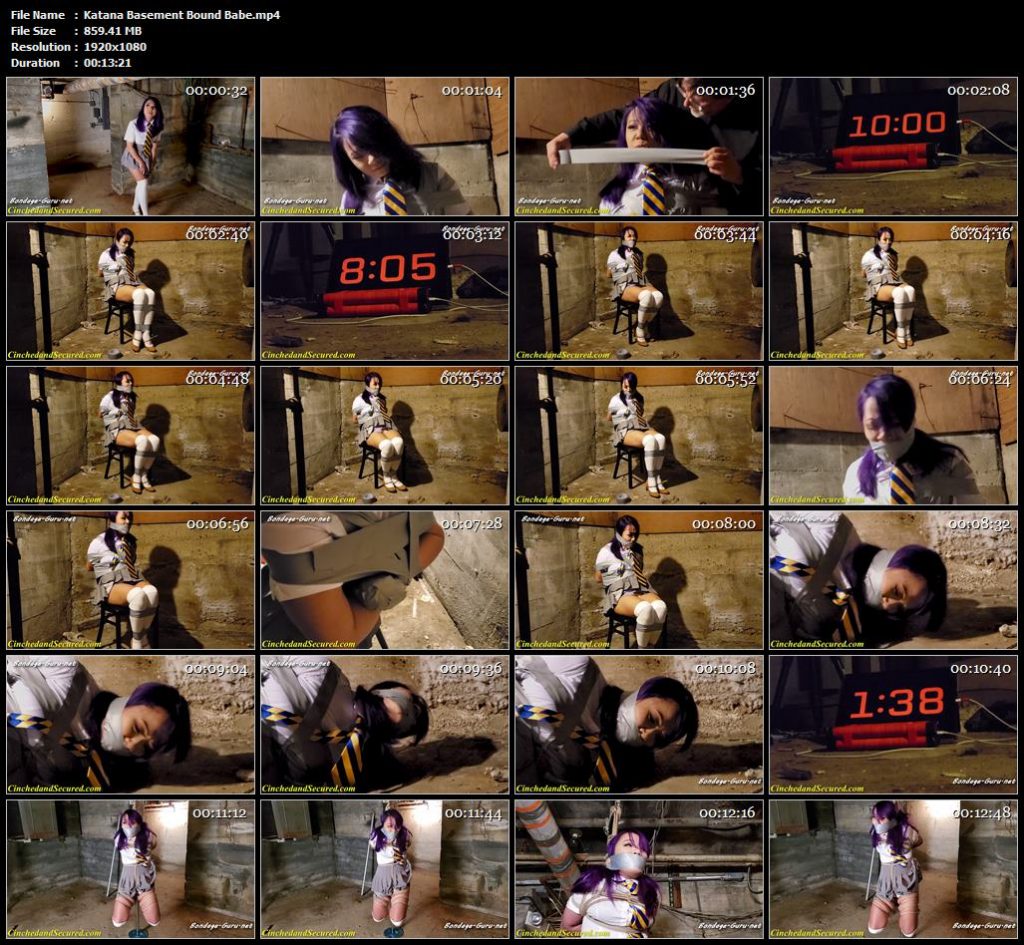