MARS NEEDS WOMEN! And they are determined to get them! After sending a series of ships to Earth, they began nubile females for breeding purposes and research stock! Poor Claire certainly never expected to end up as one of them, being rudely disturbed from her nap by a series of alien tape drones that have her targeted for their next acquisition! As the rubber ball flew across her bedroom and stuffed itself into her mouth, the first drone struck, wrapping her face with tape so she could not spit out the silencer! Panicked, she sprung from the bed, only to find more drones circling her as she fought against the tape that had sealed her face permanently shut! More drones shot out their tendrils, capturing her arms and wrapping her torso, trapping her arms at her sides! Realizing the danger she was in, Claire ran through the house in search of a means of escape or at the very least a place to hide, but the drones were in hot pursuit. Another tendril shot out, trapping her feet, and she toppled to the couch, helpless! The drones were relentless, and soon she found herself completely mummified from ankles to neck, gagged mercilessly, and left wriggling in a clawfoot bath tub as she waited helplessly for the mothership to pick up the newest shipment! Can she escape?? 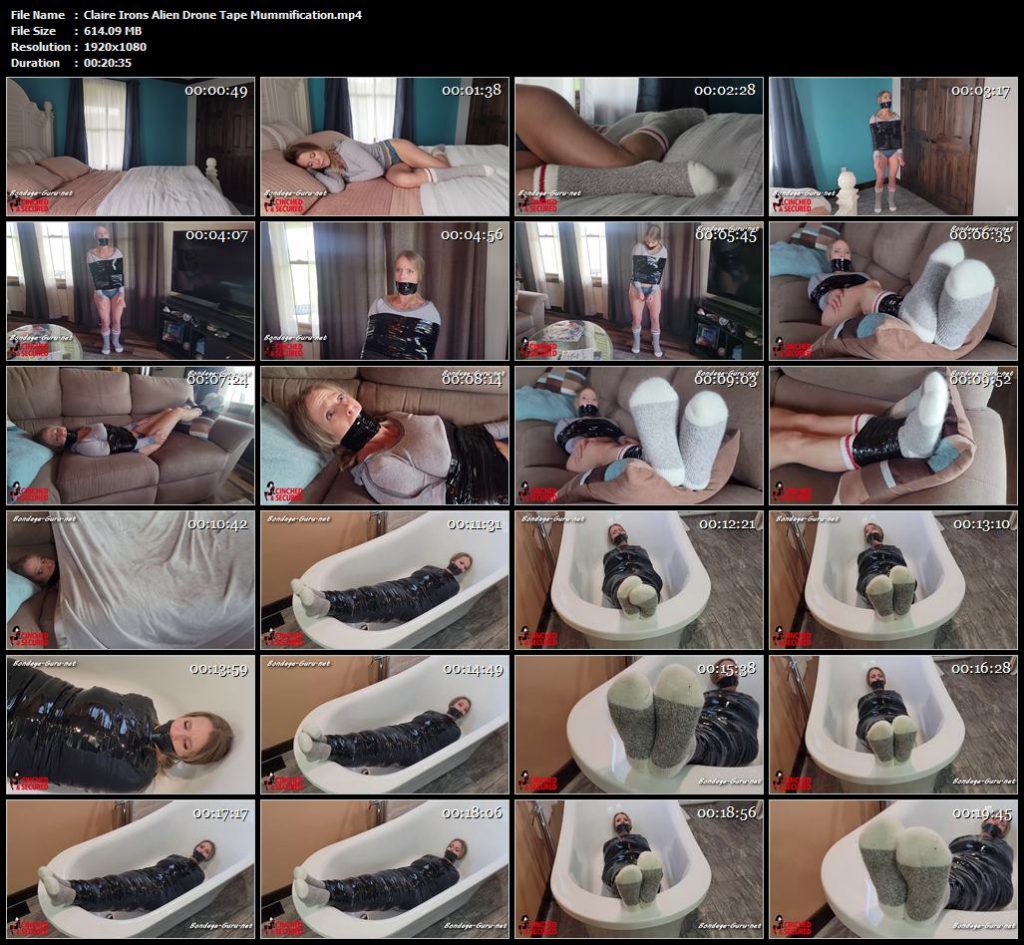