Cat burglar Calisa Bliss makes a very good living as a thief for hire. Tonight, she’s been called upon to steal a rare Egyptian artifact recently unearthed in an archaeological dig. Of course, she had no idea about this curse on the idol, nor was she prepared to fight its powers! As she studied the piece, it began to emit a strange green glow, and she was so fixated on and frightened by the sight she failed to notice the ropes slithering toward her on their own power. As they began to tightly encircle her limbs, it was too late to escape! Lashed firmly to the chair, her mouth quickly filling with old lengths of enchanted bandages, she could neither escape nor call for help as the idol worked its powers. It seemed the ideal gained its strength from the sexual energy of females, and in order to increase its power, the idol cast a spell over a powerful vibrator! As it slither up the chair and affixed itself to Calisa’s crotch, she struggled to prevent the inevitable. When the vibrator switched on, she was wracked by a series of intense orgasms that left her spent. When she regained her senses, she was stunned to find her clothing gone! Desperate to flee the scene before anything else happened, she didn’t care that she was only clad in her sexiest, skimpiest black lingerie, but she was halted mid-flight by the power of the idol! Frozen in position, she could neither move nor speak as more of the bandages began to wrap themselves around her body! Now, tightly cocooned, her mouth packed and taped shut, she could only squirm and buck on the floor as the vibrator once again mounted itself to her still aching crotch and sprang to life! Whimpering and quivering through each of another series of orgasms, her was unable to prevent more bandages from wrapping her head! Now, bound, gagged, sightless and helpless, she was subjected to the final curse of the idol! Terrified, she felt her body shrinking down to doll size!! The next morning, the artifact’s rightful owner was delighted to find a miniaturized, writhing, bound gagged helpless girl, destined for her own tiny sarcophagus and a life of sexual torment!! 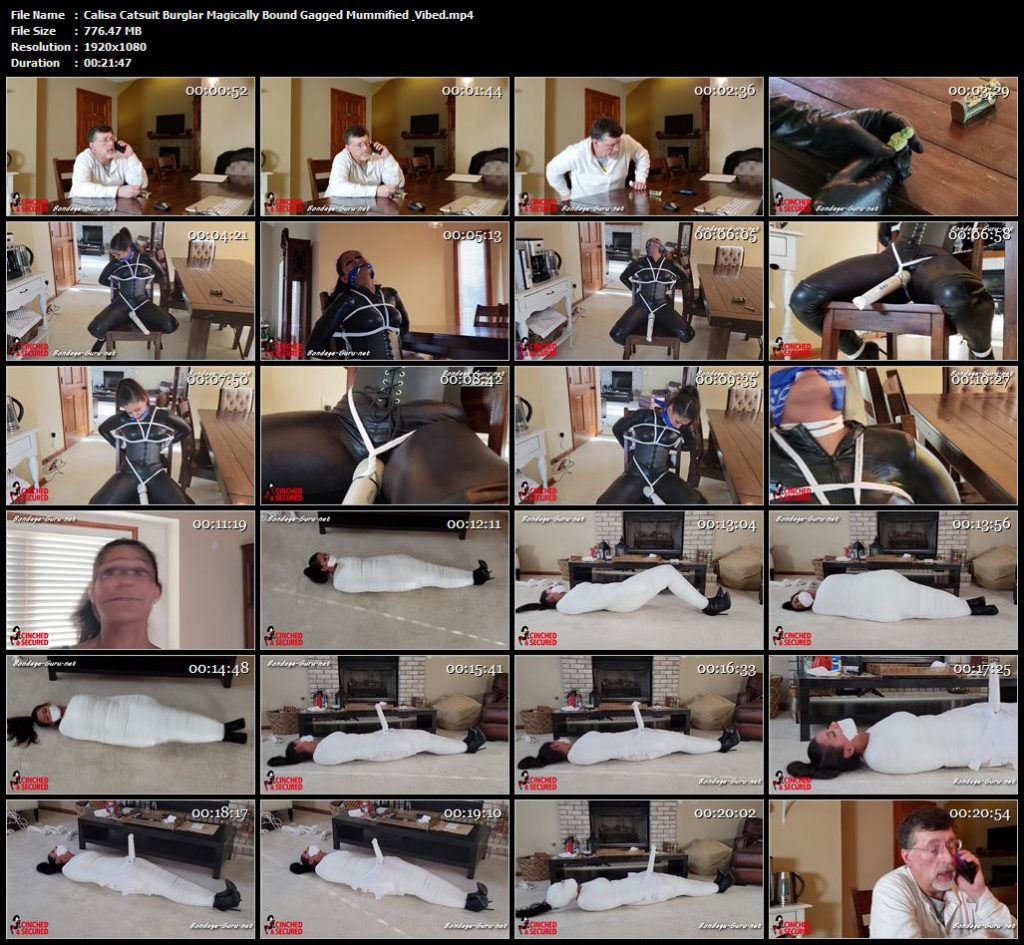