Chrissy has been left bound and gagged with duct tape when her roommate Khrystal comes home to find Chrissy helplessly struggling. “Oh my God Chrissy! Who did this to you!?” she says and goes to free Chrissy. but just before she touches her binds she pauses and admires her. Khrystal decides she actually likes how Chrissy looks bound and gagged in her cute overalls. “I changed my mind, I’m going to leave you there all taped up!” she says. Chrissy is obviously outraged and starts gag bitching at Khrystal, but she just takes out her phone and starts taking photos of Chrissy as she struggles furiously in her binds. “This is hilarious, I’m going to send this on our group chat” Khrystal says as she sits on the desk and uses her phone, ignoring Chrissy as she continues to struggle and plead with Khrystal to let her go!

Now Chrissy is free from her binds and it’s Khrystal is taped up exactly the same way as Chrissy was. Chrissy walks up to Khrystal and teases her. “Well, well, well. the tables have turned. Now look who’s the one taped up in their cute overalls!” Khrystal begs Chrissy to let her go but of course that’s not going to happen after what Khrystal did to her! “Karmas a bitch! So I’m just going to leave you here.bound and gagged!” Chrissy says as she takes out her phone to get some pictures of Khrystal bound and gagged for herself as payback before leaving her struggling helplessly while all taped up in her overalls! 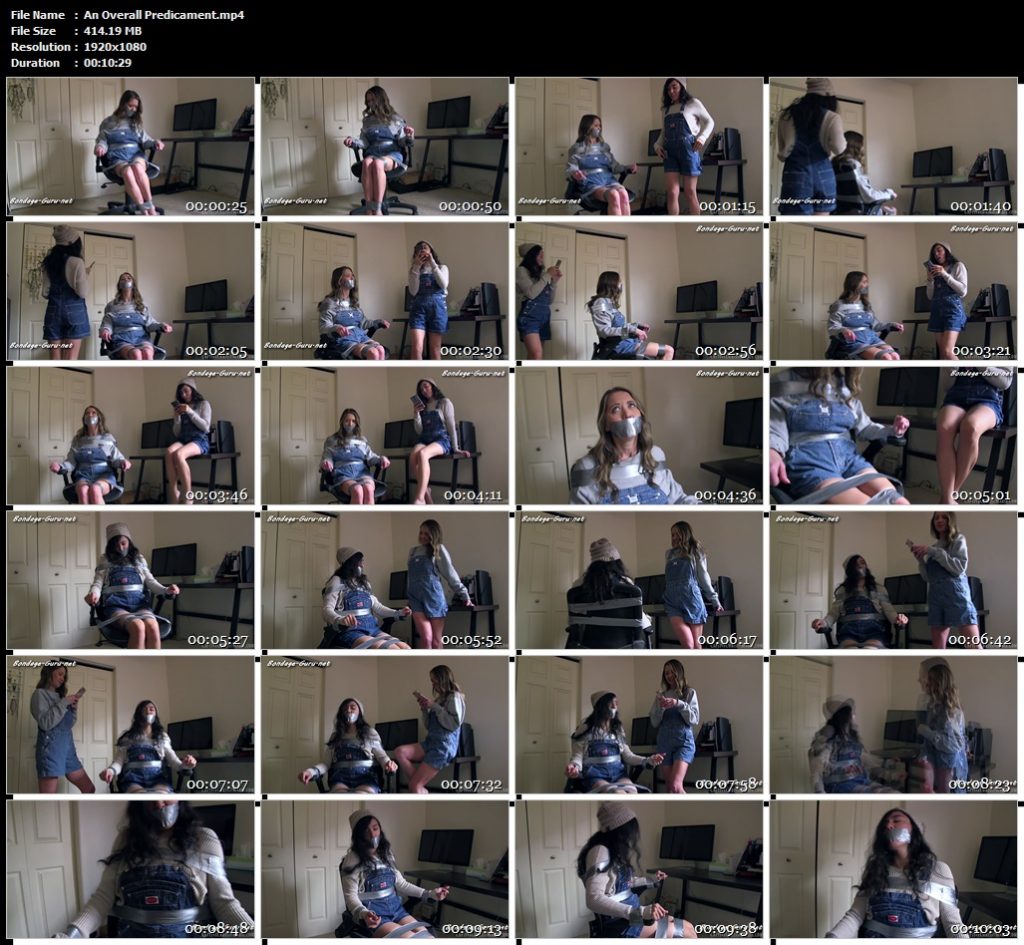