Cheyenne Jewel bounced at the opportunity to appear as the lead actress in a short film entitled “Escape Struggle” when the role was offered to her: she might have thought twice before signing the contract if it was known at the time that she was the only person being cast! She was instructed to break free of her bondage as quickly as possible, and that if her time breaking out wasn’t satisfactory, she wouldn’t be paid. It’s a race against the clock as Cheyenne does everything she can to remove the rope wrapped around her impressive body. Do you think she’s got what it takes to put on an Oscar winning performance? Watch to find out. 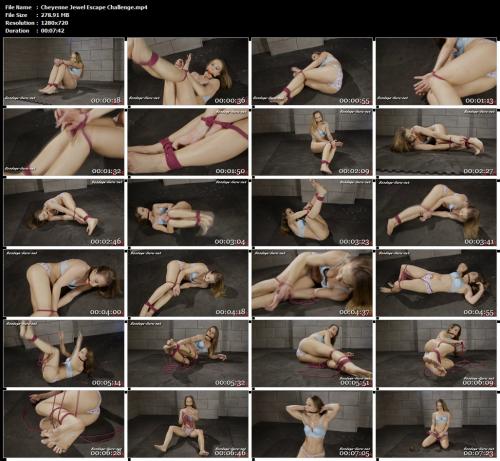