The night before had been something of a blur. Kerry remembered visiting a bunch of clubs with her friends. She met a guy who seemed pretty nice, down to earth, good looking. They had hit it off great. One thing led to another and they ended up grabbing a hotel room. He said it was because he didn’t feel that they could get home safely. Now, Kerry was sure that there was another reason.
She awoke still wearing her clothes from the night before. That wasn’t terribly surprising. But the fact that she had on ALL of her clothes, including her shoes, that worried her a little bit. Then she tried to stretch her stiff limbs and she suddenly got more worried. Her legs were stuck together. Her arms were trapped behind her back as well. And her poor jaw ached terribly. She couldn’t close her mouth and she realized there was a huge ball locked into in, straps holding it tight.
The guy had known how to use rope, that was for certain. But that seemed to be the only thing certain about Kerry’s morning after the night before… 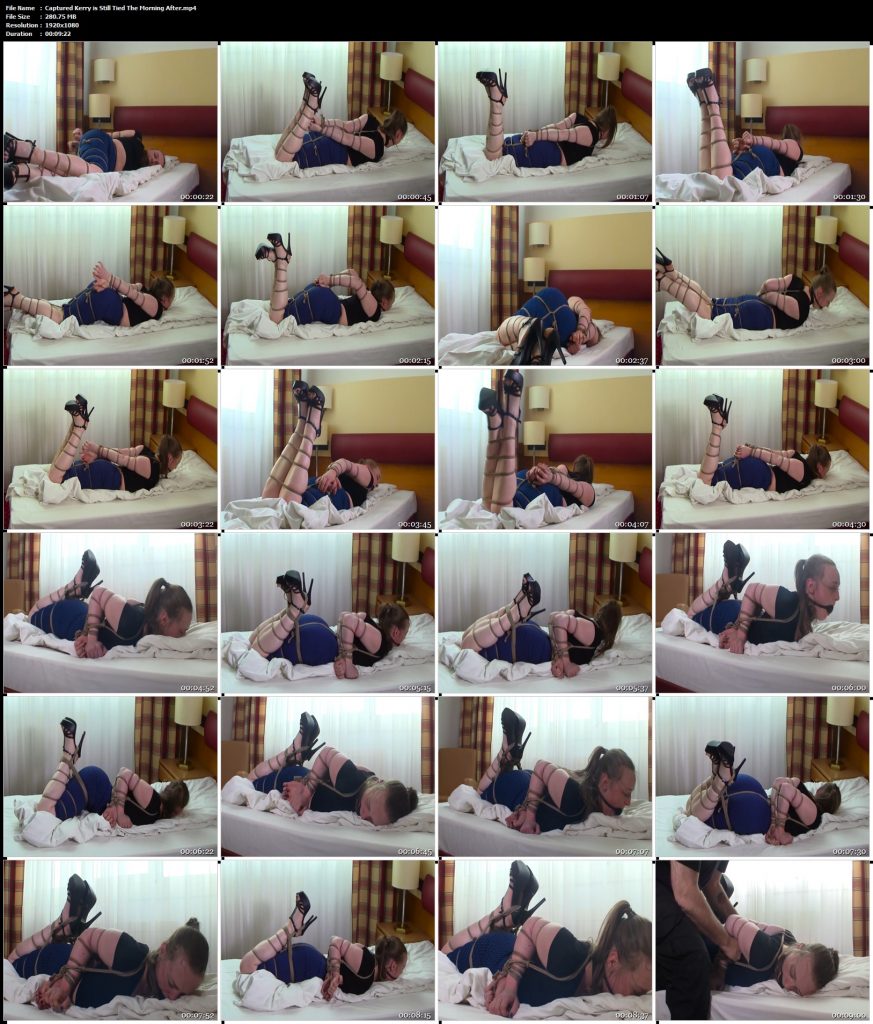