Chrissy is about to go out with her girlfriends to a costume party dressed as a college cheerleader.. that is until her boyfriend notices how skimpy her cheerleader costume is! He tells her there is no way she is going to the party like that because he knows that guys will flirt with her. She tries to tell him not to worry he can trust her but he is insistent. Chrissy gets upset and tells him that he can’t tell her what to do so he responds by saying “Well I guess I am just going to have to make you stay”. Chrissy jokingly asks “what are you going to do, tie me up?!” He realizes that’s actually not such a bad idea and grabs her. She didn’t actually want him to tie her up!

Now we see Chrissy is tied up with rope and struggling to get free. She demands to be untied immediately but her boyfriend refuses. He is enjoying this and thinks Chrissy looks cute that way. She tells him this isn’t funny and that if he doesn’t untie her she is going to scream. That’s when he surprises her by stuffing a sock in her mouth to shut her up! Then he ties a white cloth over her mouth to keep it in. He explains to Chrissy that he also made plans to go out with friends and he will back in a few hours. Chrissy is not happy about this and tries to protest through her gag but he just wishes her luck trying to escape and leaves. With her boyfriend gone Chrissy struggles furiously trying to get free but it proves to be no use. She is tied up too tight! All she can do is helplessly struggle on the floor and hope her boyfriend will actually untie her when he gets back home! 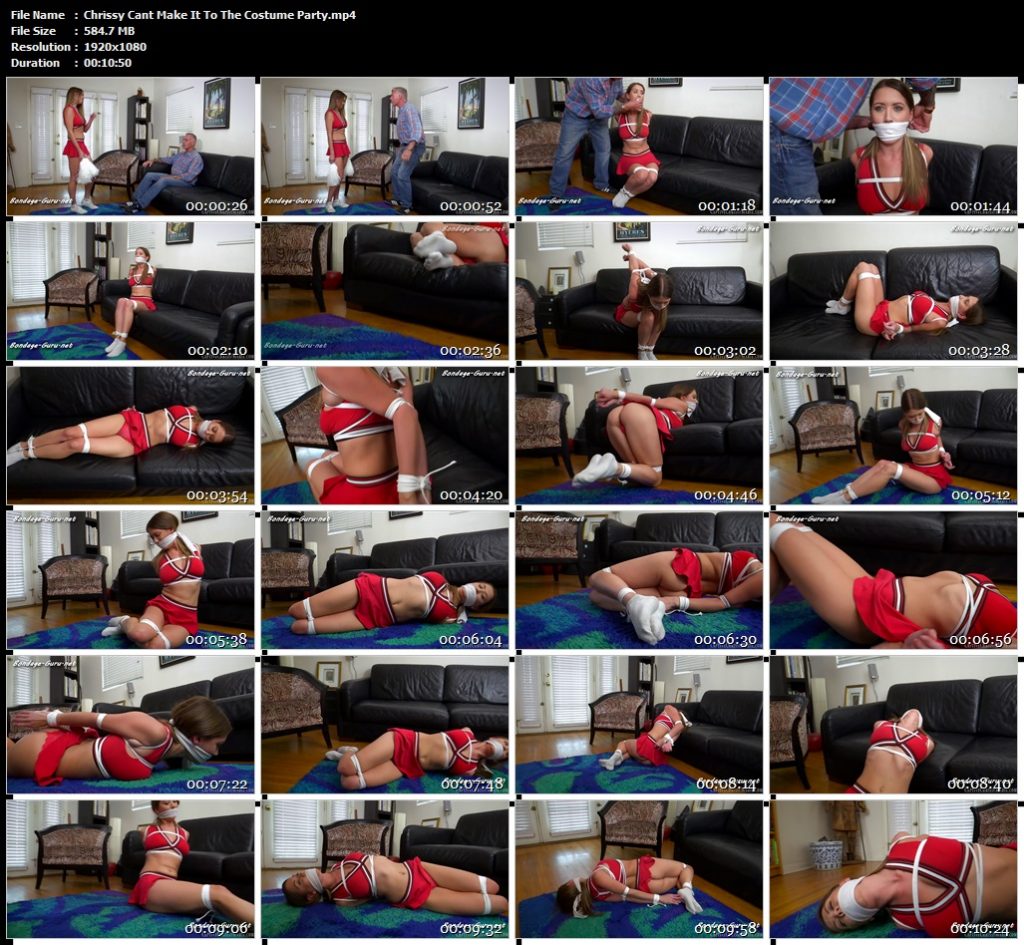