Calisa – Straitjacketed in the Basement – Cinched and Secured

Calisa is in a tight squeeze to be sure. Bound tightly in a straitjacket, her legs frogtied, the feisty girl is desperate for release, but with me as her caretaker, that isn”t coming anytime soon! Tiring of her incessant yammering, I pull some medical bandage tightly between her teeth, making circuit after circuit until her jaw is jacked wide, and then I wrap it over her entire lower face1 It doesn”t keep her very quiet, but it sure does please me! It”s about time that mouthy got what was coming to her! As she thrashed and struggled in a mad attempt to escape her plight, I watched every second of her desperate attempts on a closed circuit camera. Deciding she had not suffered enough, I reinforced her gag with electrical tape, and by the time I was finished, tears were brimming in her eyes due to the vice-like squeeze her lovely face was gripped in. I figure she”ll need at least six months of treatment like this, but who knows? Some folks take longer to recover than others! 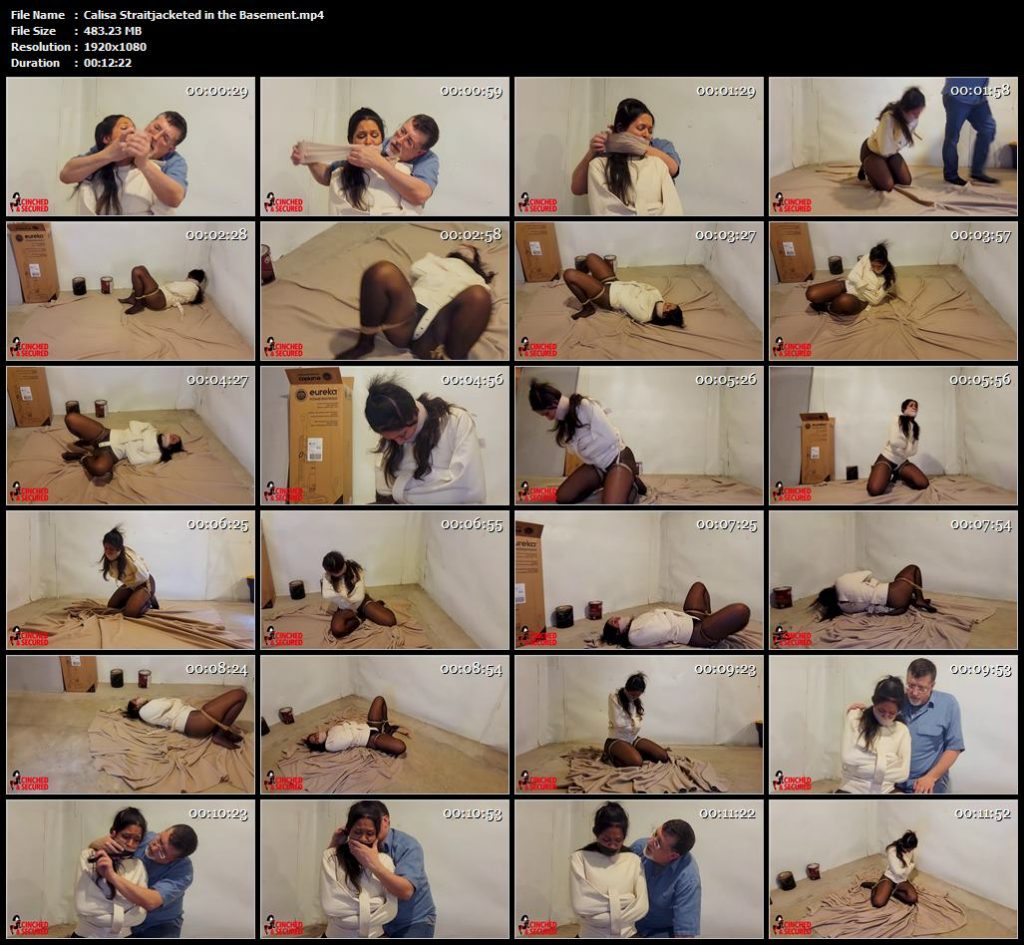 Cinched and Secured – Calisa Bliss – Slip Into Something Uncomfortable

Charlie Mancini Bound In Her Bikini! – Cinched and Secured

Cinched and Secured – Rosie – The Summoning