It’s a brutally hot day and beautiful Carmen Valentina is walking down the street wearing sunglasses, a beach cover up and a hat. She passes by a fenced yard with a strange hand lettered sign “BEWARE OF DOUG”. Somebody can’t spell she laughs. Curious she peeks over the fence and sees a swimming pool full of inviting water. Carmen glances around – no sign of “doug”. She opens the gate and looks around carefully. The pool looks even better close up. She removes her cover up and underneath she is wearing a sexy bikini which shows off her curvy voluptuous body. She gets into the pool and paddles around. After enjoying the refreshing water for a little while she stands in the shallow end. She checks to be sure no one is around then strips off her bikini tossing it to the side of the pool. She paddles around on a float stark naked and enjoying the sensuous feel of the water on her nude body. She doesn’t see the creepy guy watching her through a window as she skinny-dips. Carmen climbs out of the pool and lies down for a bit of sunbathing. She dozes off almost immediately. When she wakes up she is cleave gagged and she slowly realizes she’s tied to the lounge chair. She struggles beginning to panic but she is helpless. A shadow falls across her face as I approach. I’m so glad you could join us. Doug has been so lonely lately. I call out to Doug to greet our guest and poor Carmen’s eyes widen in fear as he approaches. Carmen begs through her gag, but I remind her that she has trespassed on private property. I tell her that Doug doesn’t talk much and that is related to his condition. I apologize for Doug’s stink and explain that his personal hygiene isn’t the best. Poor Carmen is terrified. She’s breathing hard trying to look defiant, but this quickly fades as she hears the sound of Doug pulling down his zipper and dropping his drawers at her feet. I kneel and tenderly stroke her pretty face. Don’t worry sweetie, Doug will take very, very good care of you. 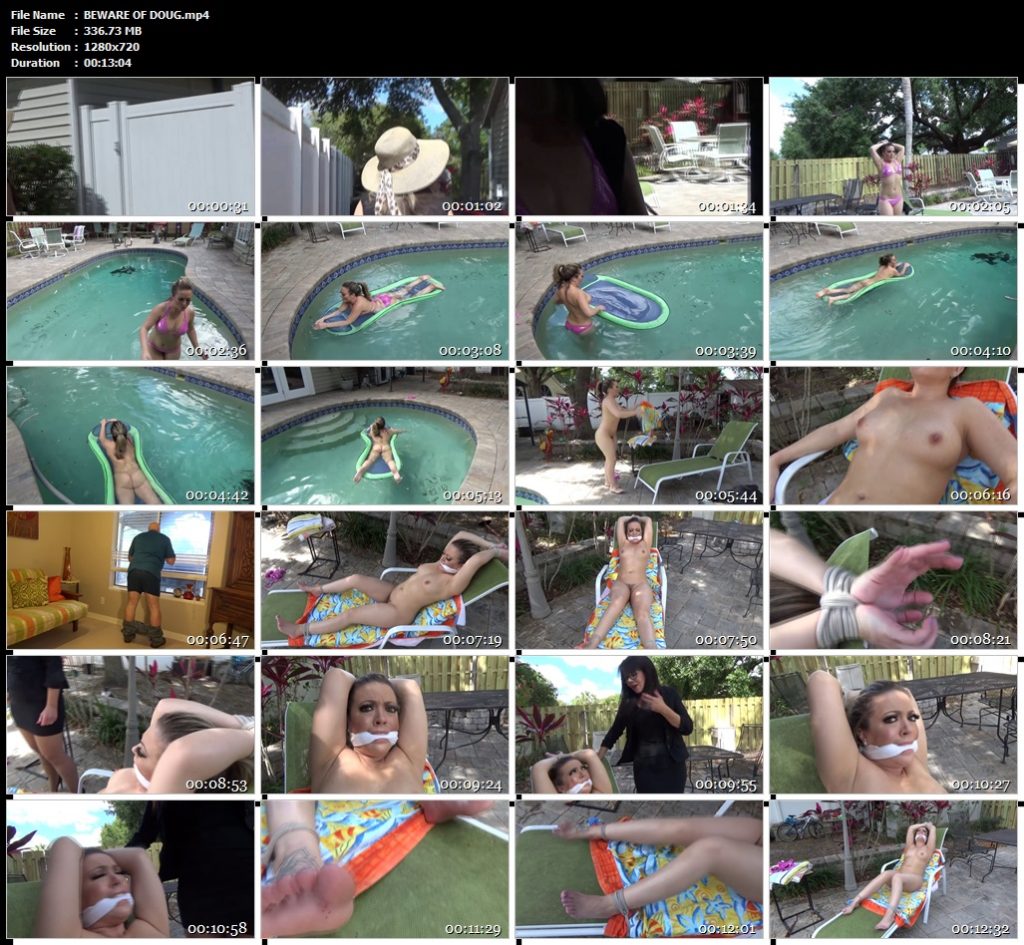