Government agent Bunny Colby is still being held in the clutches of the dark villain. The busty blonde is stripped down to bright pink bra and panties and tied hand and foot for a brief interrogation. The masked baddie suspected she was more than an ordinary field agent when he noticed her ring. He shows her that he knows it contains a very nasty substance, and he empties it into a glass of water. She insists it’s only for recreational purposes, but when he tries to compel her to consume it, Bunny confesses to the true nature of her mission. He asks why they would send her, a complete novice, on such a mission. She tells him it’s because of the low ranking of the agent known as “Paul.” This displeases him greatly, and the stunning agent is ballgagged and bound into a kneeling strappado position. She moans and squirms in the difficult position, drooling past her ballgag. Before long her bra is pulled down and her enormous boobs are bared for his wanton entertainment. But Agent Bunny’s ordeal isn’t over yet! 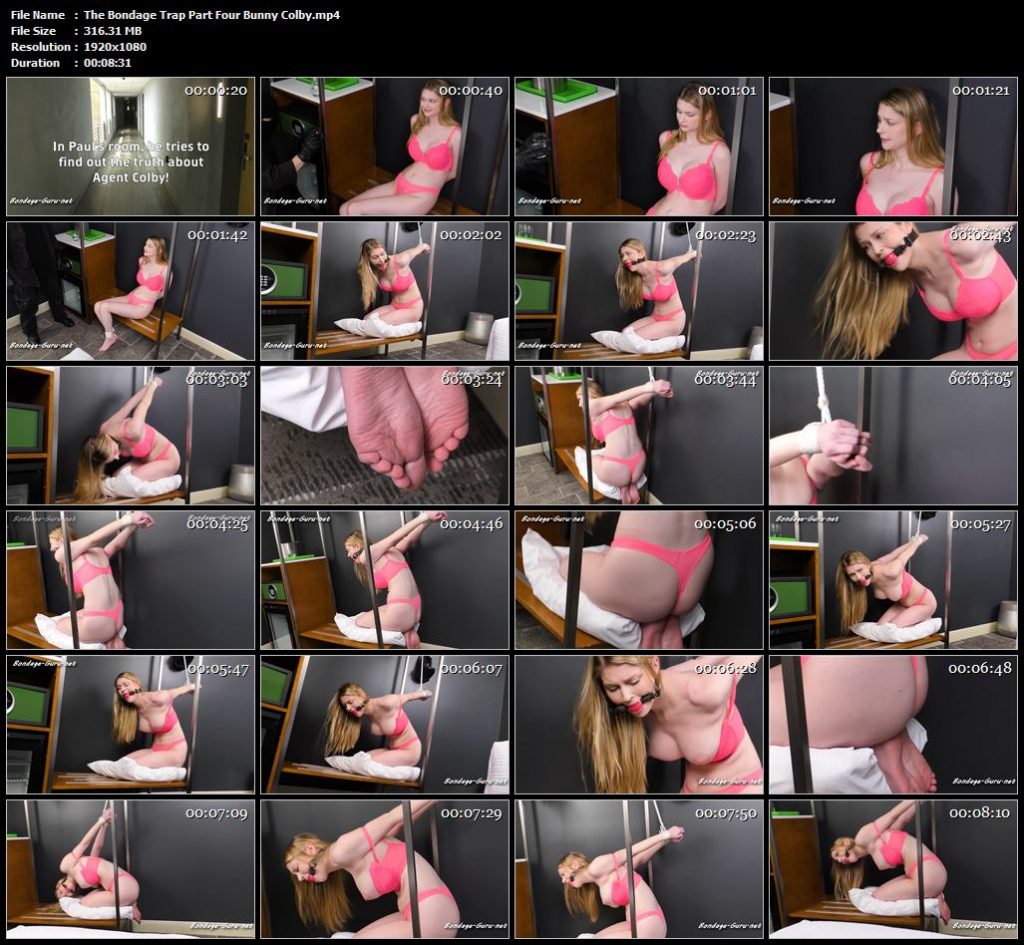 Ewanatiia and The Artifact Hunter – Part One – Jenna Sativa