My small law firm consists of only myself and two other lawyers. Nyssa Nevers and Nyxon think they are actually equal partners with me and that’s what I want them to believe. We’ve finally landed a huge personal injury lawsuit which will result in a hefty settlement and put us on the map. We chat about our success and the future of our tiny law firm as it takes off while I am secretly plotting landing this huge case without them. I go to get a drink of water and with my weapon pointed at them. They look at me in total shock as I demand that Nyxon tie up the voluptuous Asian beauty and push her between Nyxon’s legs. I toss a bunch of rope and tell Nyxon to snap it up. Poor thing is terrified and her hands are shaking so badly as she binds Nyssa’s wrists behind her back that I have to step in and finish it. Stop shaking and gag the bitch Nyxon and then gag yourself. Do it now then get on your bellies. Nyxon ties Nyssa’s ankles while I get the hogtie rope ready and tie it off. I move over to Nyxon and jam her arms together wrapping them tightly with rope cinching her elbow. By this time both of the dumb bimbos are crying. Nyssa’s big tits pop out of her blouse as she rolls over struggling on the floor. Nyxon moans in pain from the tight elbow bondage and I finish in a hogtie. I pull out her big tits and rest my feet on her bound body. By the time you bitches get free the court case will be over and I will be rich and famous. Sorry girls it isn’t personal. 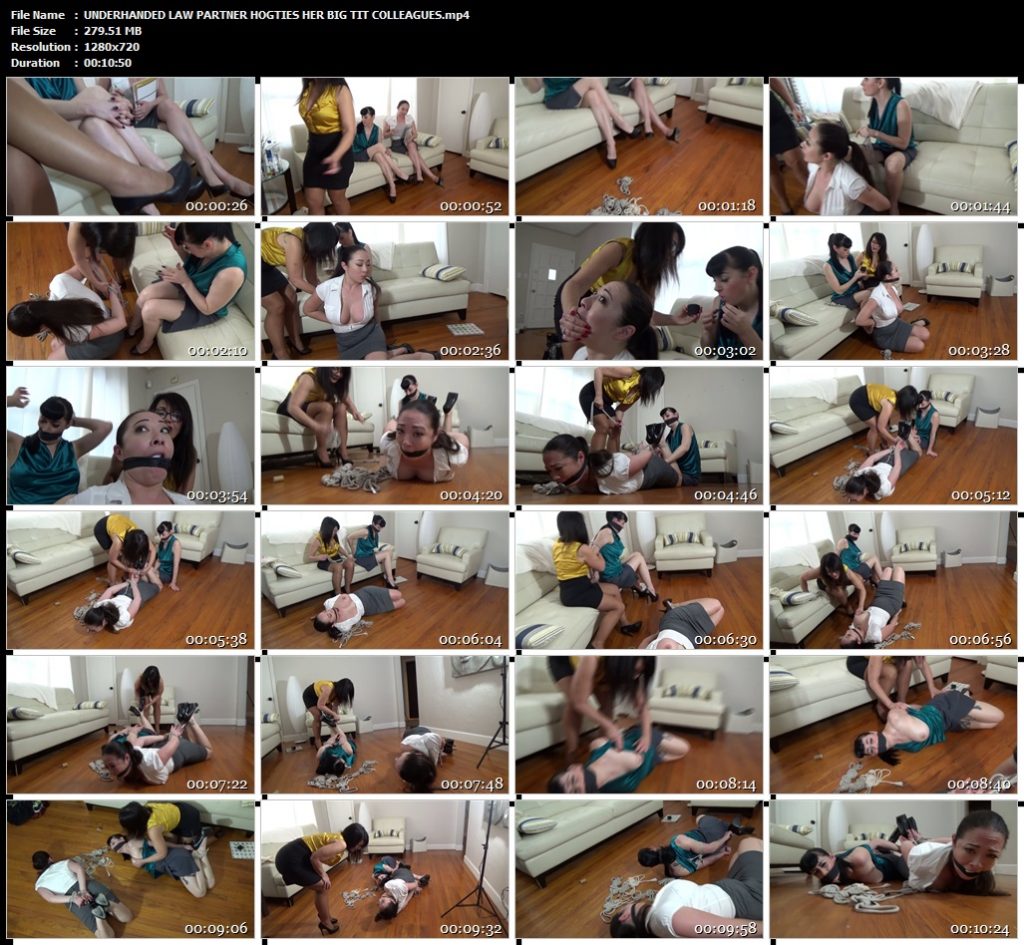