I run a tight ship at the local Hooters and I don’t tolerate my bar girls wasting time fighting with each other. Everyone needs to hustle and there’s no time for nonsense. Whitney Morgan and Roxie Rae two of my best barmaids aren’t on the floor working and I find them in the middle of yet another time wasting argument. No you dumb blonde bimbos I will not adjust the schedule so you’re not behind the bar together!! You two are fired!! The two blondes beg me not to fire them saying they will do anything to keep their jobs. I make a snap decision to make an example out of them for the rest of the bar crew and I toss a pile of rope at Whitney. I demand that she start tying Roxie up. Whitney fumbles with the rope so I grab Roxie’s elbows and quickly rope them up making sure to cinch the rope tightly. Whitney ties her ankles while I add a rope to her wrists. These two Hooter girls don’t stop complaining and yapping so I shove a big ballgag into Roxie’s mouth then push her down to the ground to make Whitney add a crotch rope. Whitney threatens to go work at Wing House or Twin Peaks if I don’t stop roping them up, but I know that she’s already been fired from both those places so I ignore her and put Roxie in a tight hogtie. Now it’s Whitney’s time to get some rope slapped on her. I bind her elbows then add rope to her crossed ankles. Whitney refuses to stop running her big fat mouth so I strap a ball gag between her lips. Finally I can think straight and finish the bondage. I hogtie Whitney and leave both blonde brat girls bound, gagged and struggling on the floor in the sneakers and Hooter uniforms waiting for the rest of the employees to see what happens to time wasters!!! 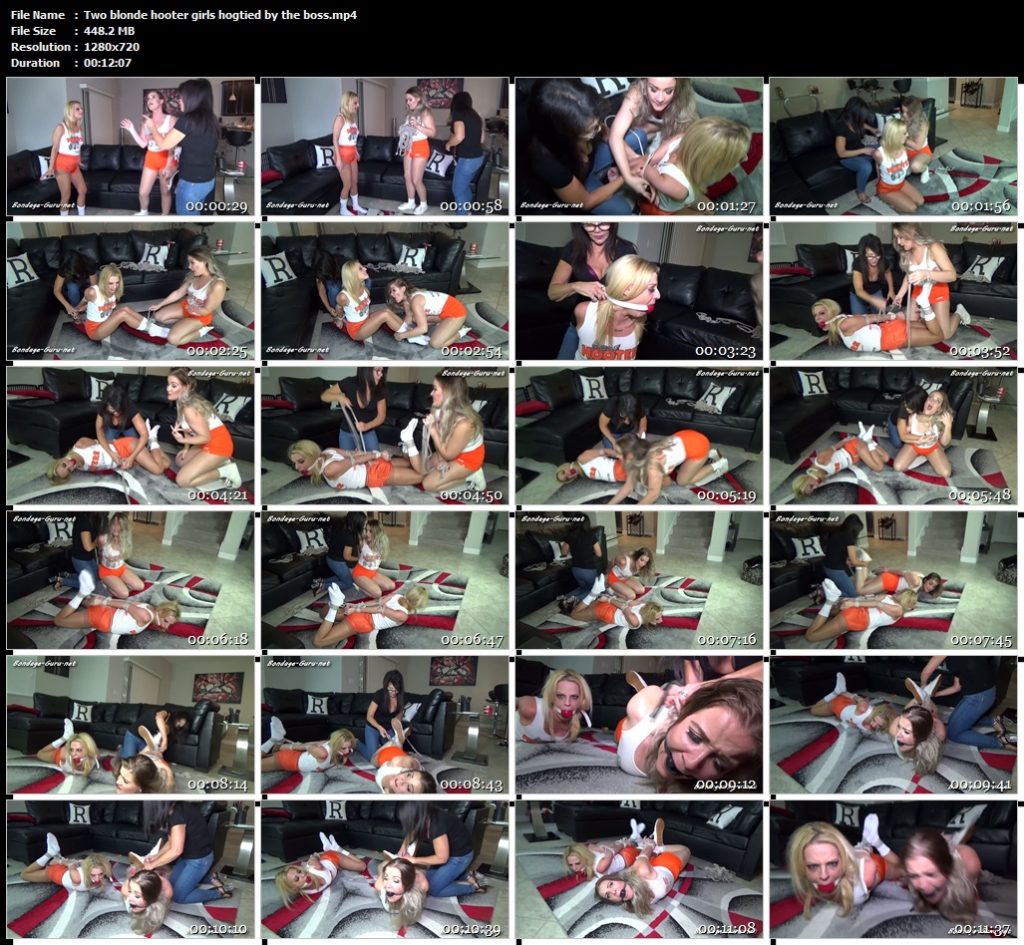