Pretty Jae Lynn is a very skilled computer hacker. She hacks into big time crime boss men and gathers any information she can use to blackmail them. Last week Jae Lynn was able to get the identification of the big boss. He realized she was on his trail so he hired me to bring her to him bound and gagged so he could silence her for good. I call Jae Lynn pretending I have information for her and when she arrives I sneak up behind her pressing a wet rag over her mouth and nose. Jae Lynn put up a good fight but soon her big blue eyes roll back into her head and she falls onto the floor. I seize the opportunity to strip off all her clothing and begin tying her up. Completely naked and tightly bound and gagged she lay on the floor. A very restricting hogtie keeps her in place. Elbows crushed and hands to ankles she can barely move. Her mouth is stuffed and tape is wrapped over it. Not much to wiggle and nothing can be understood from her angry muffled gagged sounds. I return to make her even more humiliated. I add some tight toe bondage with thin twine and then I remove her tape gag. Jae Lynn demands that I untie her and let her go but I explain that she’s going to be transported to the boss. Jae Lynn begs and I tell her that unless she wipes out all the information she hacked he will hurt everyone she knows. I put Jae Lynn down for a nap to settle her down and while she’s sleeping I add a head hardness yanking her head back painfully. The ring is cruelly attached to her tied toes and now Jae Lynn is clearly helpless. I taunt her by playing with her bound toes and licking her soles as my poor prey sobs and cries into her gag waiting to be transported to the boss never to be seen again. The cruel bondage is the tightest and she put up a good fight but she soon realizes how hopeless a predicament she’s gotten herself into. My poor captive will simply vanish – gone just like that! 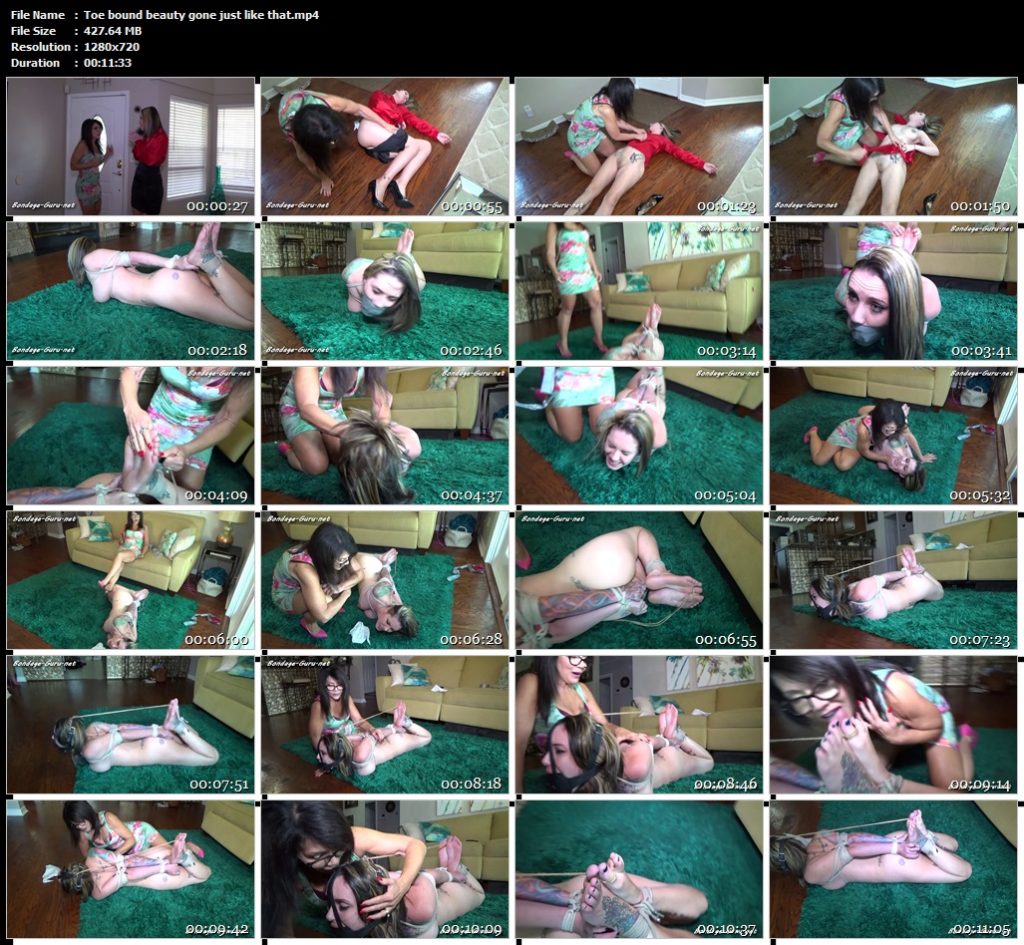