As long as Cadence and Tilly have been friends, they’ve kept their love life more or less under wraps. It just wasn’t something they talked about. They never felt close enough. To this day, Cadence hasn’t met Tilly’s boyfriend. However, now that Tilly has started doing sessions (and is open about it) Cadence feels like she’s able to divulge some of her own secrets. She starts off by telling Tilly she’s met this guy. Of course, Tilly is ready privy to this information after she found an incriminating text on her boyfriend’s phone but she plays along nonetheless and puts on a friendly curiosity. She has to do her makeup before a session client arrives but she’d be happy to see a photo of this new guy. One look at it confirms the worst – they’re both dating the same man! Tilly knows Cadence isn’t entirely to blame but she’s still angry and her mind is immediately set on revenge. When Cadence, who’s always been vanilla and even a bit green, tells her this new guy has expressed in interest in bondage, she hatches a plan. She suggests that they take sexy pictures for him, in cuffs, of course. She happens to have them laying right next to her ready for her session. Although Cadence is reluctant at first, she giddily agrees to do it and even puts the cuffs on herself, with some minor assistance from her friend to do a hog cuff. While she’s lying on her stomach in this rather compromising position (she’s stripped down to her underwear and pantyhose) Tilly says she has to leave the room to attend to something. She walks right out, her heels click-clacking, despite Cadence’s muffled protests, and minutes later it is not Tilly’s voice Cadence hears but the voice of an unfamiliar man entering the room. He pauses and says “Tilly, you look different today. Is it the hair?” Oh no. Cadence is catching on to what’s happening… 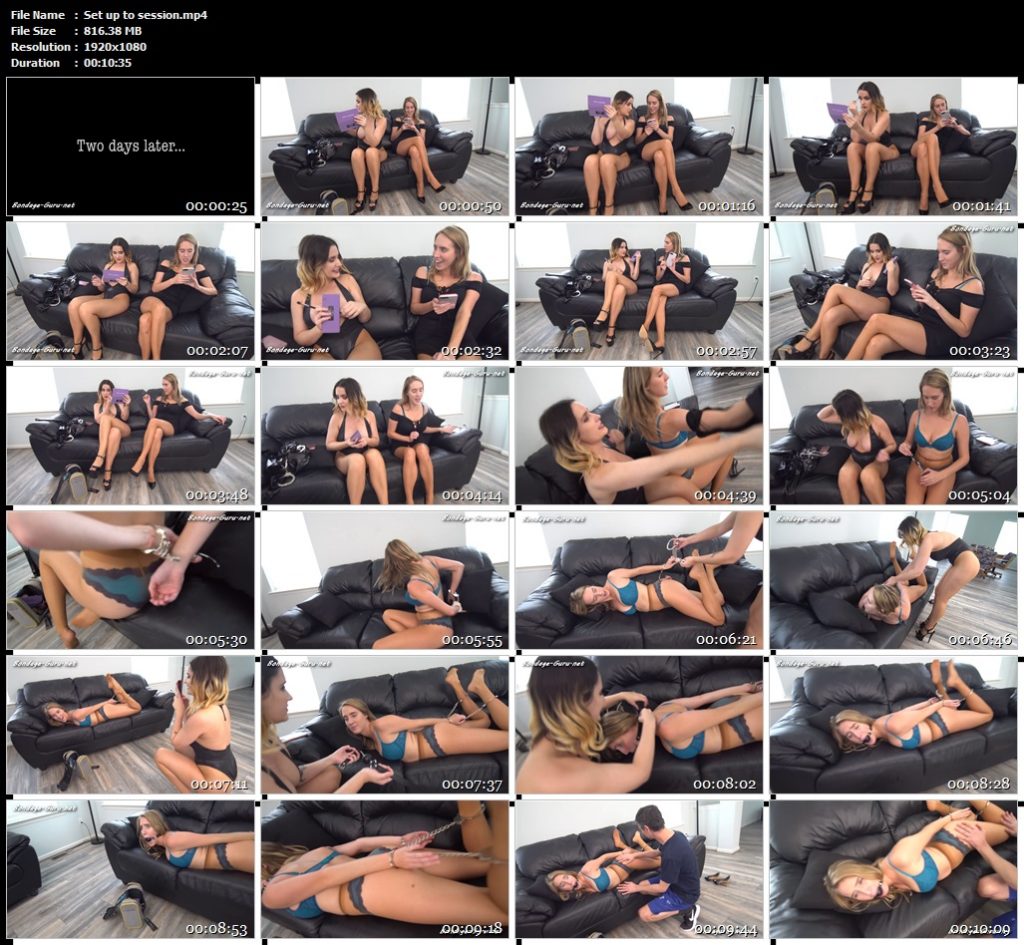 The Pretty Boss is Bound and Gagged – Her Assistant is Forced to Do Lesbian Things to Her! 4K Video Version – FM Concepts 1080p Bondage Store