I’m sitting on the couch on reading a magazine for a few moments then decide I am tired of babysitting my captive Chrissy Marie. Pretty Chrissy is completely bound & gagged in a chair. I tell her I’m bored and am going out for a few hours but first I want to make sure she’s very uncomfortable. The poor thing has been taped tightly to a chair with zip ties added to make sure she can’t escape. I open her blouse and grope her big tits for a minute before dangling nipple clamps in front of her. Chrissy’s eyes widen in fear and she cries out, but she’s gagged mouth stuffed and tape gagged and reduced to moans and whimpering beneath her gag. The brunette beauty struggles but the super tight bondage doesn’t budge. I torment her by pulling on the clamps while groping her for a few more moments then leave my prey completely helpless. Terrified of being left in alone Chrissy tries desperately to maneuver the chair to the front door but quickly realizes there is nothing she can do to unlock it. She’s been left all alone to whimper, moan and cry with fear. 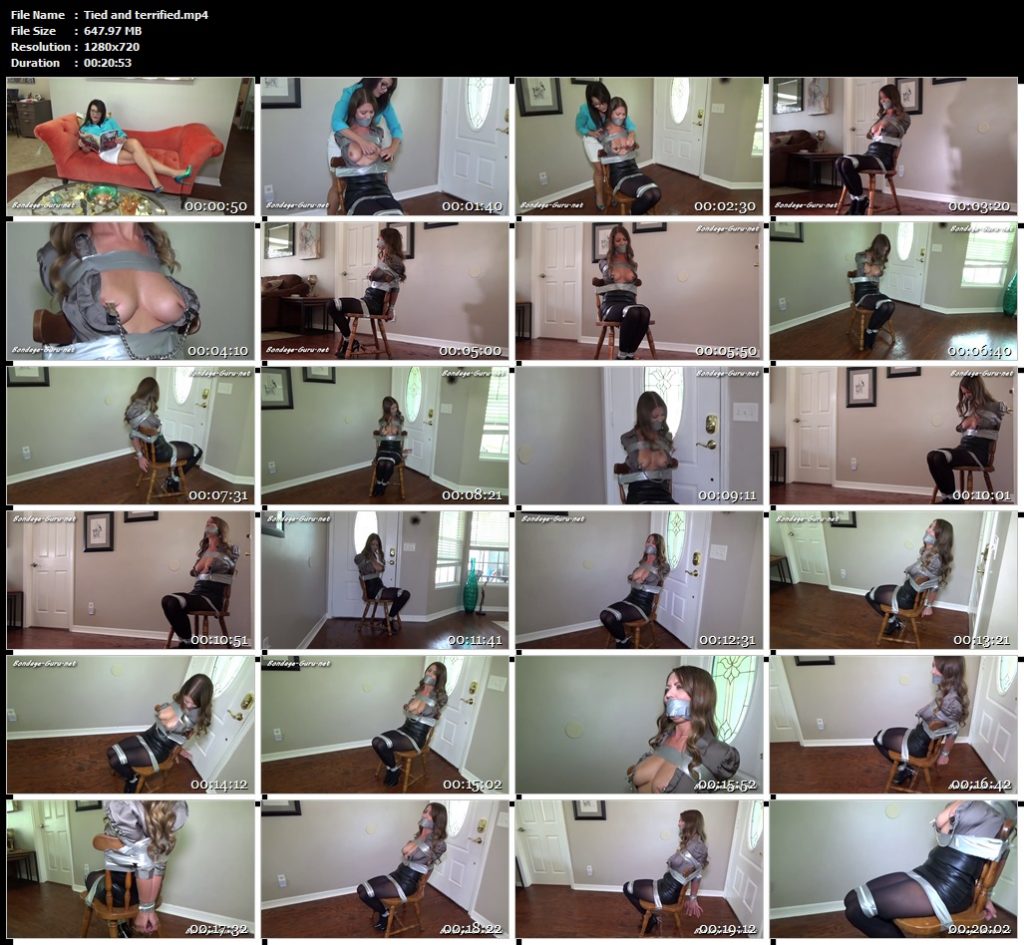