Terra is working hard in her office when suddenly a familiar voice comes from off camera and Terra puts her hands up in compliance. She walks out from around the desk and starts stripping her clothes off per Serene’s orders and after taking a good long hard look at her Serene moves in and starts binding her. First her wrists and then a crotch rope is added to Terra before Serene stuffs her mouth and then takes microfoam tape winding it around her head a few times to seal the gag stuffing in. Multiple elaborate ropes shape Terra’s legs as they work their way down and Serene moves up binding Terra’s elbows together before taking a final rope and binding her arms to her torso. Serene then leaves Terra to struggle and moan as she goes off to look for Terra’s valuables. When she returns Serene decides it isn’t quite enough rope though and adds one more framing her breasts before taking a few pictures, planting a kiss on Terra’s microfoam covered cheek and heading out leaving her to struggle and moan for freedom. 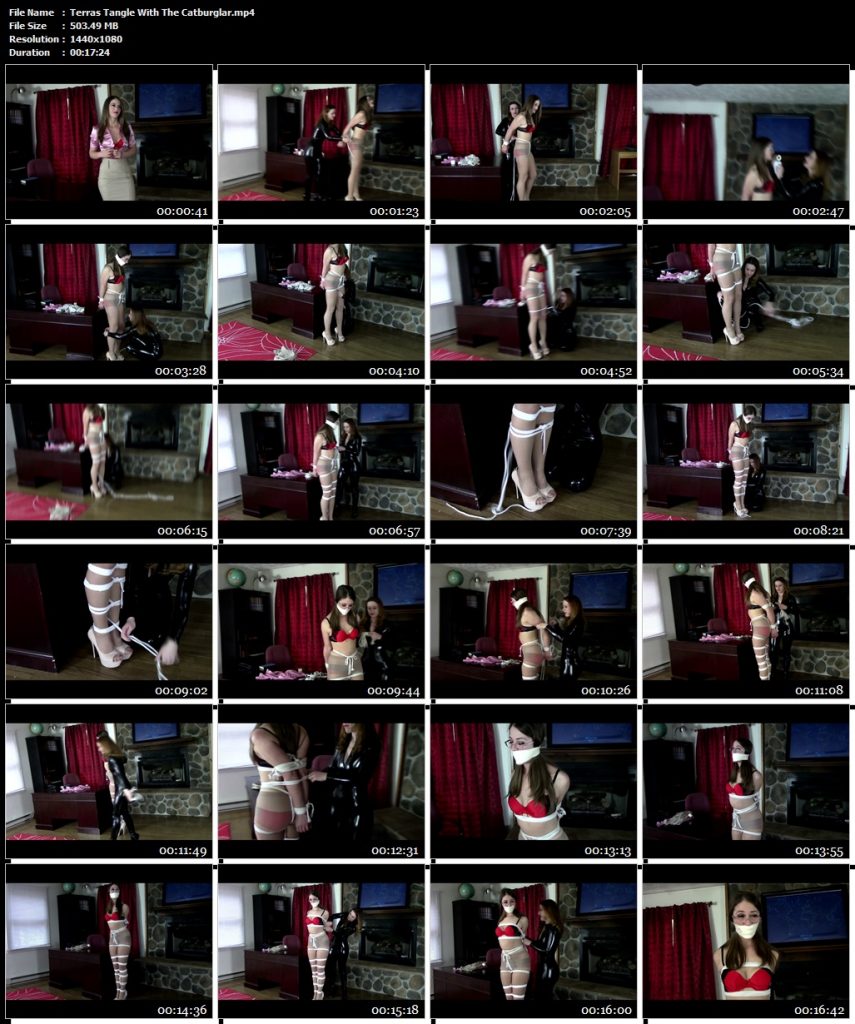 Brendas Bound Bondage Addictions – We Finally Got Her Naked