Scene 1- Already bound & gagged, Sunshine is dragged into the room by Nyxon. Nyxon checks the ropes making sure they’re nice & tight, then tightens the gag strap one more notch. She pets Sunshine’s head & tells her to rest up, then exits the room. Not really sure what’s going on, Sunshine takes a few deep breaths &looks around the room. She begins struggling against the ropes, trying to find some knots with her fingers.

Scene 2- Nyxon comes back & has a bag with her. She sets the bag down next to Sunshine, then takes out her phone to snap a few photos. Unsatisfied, Nyxon opens Sunshine’s blouse a few buttons, then takes another photo before leaving once more. Once Nyxon is gone, Sunshine investigates the bag. She dumps the contents onto the floor & is a bit disappointed that there’s only sex toys inside. She inspects them closely & finally pulls out a Hitachi wand. She thinks about it for a moment, then turns it on & places it between her legs. She begins to enjoy it, but remains rather quiet & cool.

Scene 3- Sunshine is so preoccupied with the Hitachi that she doesn’t notice Nyxon walking back into the room. Nyxon kneels down behind her & gropes her tits through her shirt. She then pulls at Sunshine’s top so as to expose her tits. She tells Sunshine that she’ll be back in a bit, and as soon as Nyxon leaves, Sunshine has a big orgasm.

*this is a custom clip 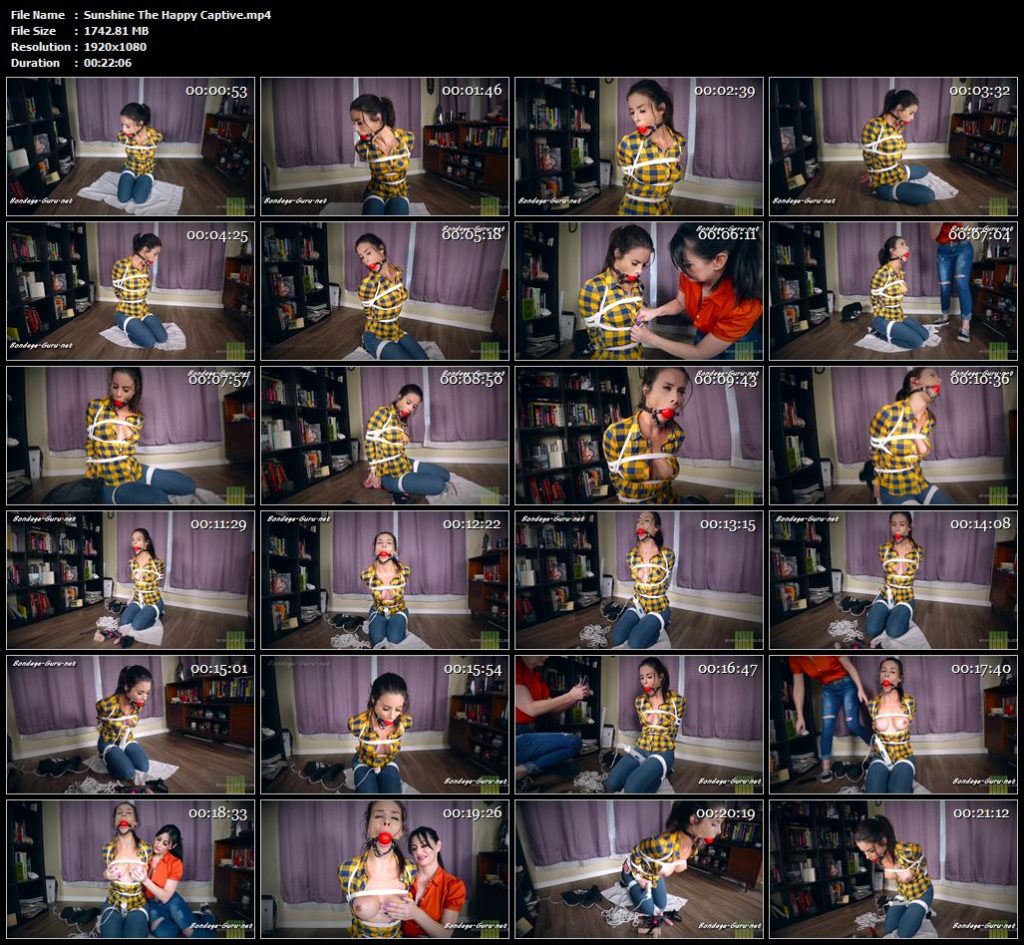 Bondage: JJ Plush, Born to be Bound – The replacement for Simone – Adara Jordin

Half sister punished for being the worst roommate! – Bondage: JJ Plush, Born to be Bound