Nyxon knows that Stefania has been sleeping with her husband, so she sneaks into her office one night when she knows Stefania is working late, to surprise her. Stefania acts tough at first, but Nyxon (POV) quickly wear her down. She forces Stefania to strip down to her lingerie, then forces her to remove her pink satin panties. Next, Nyxon ties Stefania tightly to a chair (offscreen), and as Stefania struggles & begs to be let out, Nyxon takes her pink panties, shoves them into her mouth, and tapes it shut with duct tape. She then leaves Stefania there to struggle overnight so that the cleaning crew will find her in the morning. 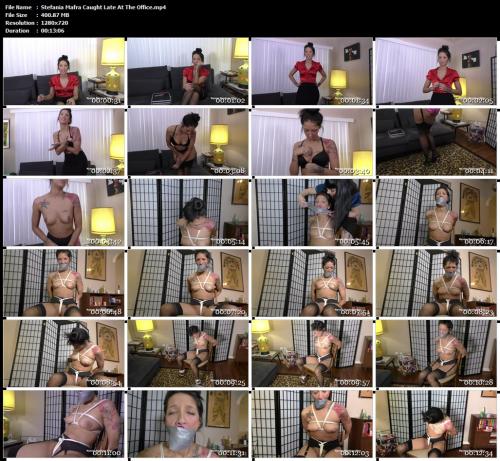