Chrissy locates and sneaks into Catwoman’s layer. Finding it empty, she begins to investigate – pawing through Catwoman’s dresser. Catwoman catches the intruder red handed. Chrissy mentions the expose, hoping to appeal to Catwoman’s vanity, but Catwoman is uninterested in helping Chrissy appeal to her misogynistic superiors.
Instead of getting her story, Chrissy is turned into bait. The missing cub reporter will be an alluring case for The Bat. Fully encased in Nylon and restrained by a series of leather belts, Chrissy pleads for release but Catwoman is unrelenting. She leaves her new bat bait to struggle against her bonds, cinching a vibrating wand into place before making her exit. 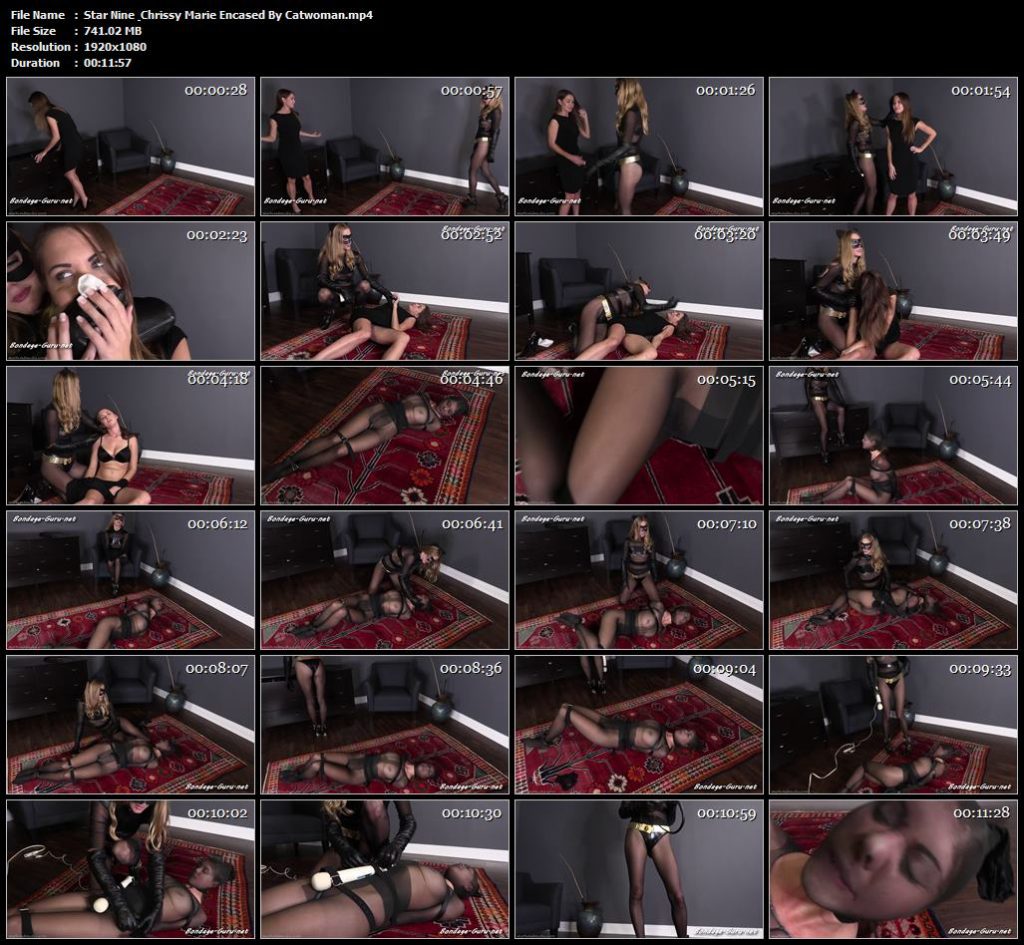