Sonia is scrolling on her phone and reads that a woman is going around to women’s houses and pretending to work for the electric company. Once she gets inside, she ties up and robs the single woman. This excites Sonia as she’s reading this out loud to herself. It would be a dream if she was the next target and Sonia starts masturbating as she fantasizes in her head how hot it would be to be tied by a woman robber. A few days later, Sonia is curled up on the couch reading a book when the doorbell rings. Sonia isn’t expecting anyone though. Could it be??? She goes to the window and looks to see who is at the door. It’s a woman, a stranger, holding a clip board. She goes to the door all giddy but before opening it, she away checks her breath and gives her tits a boost. Sonia swings the door open, trying to hold back her glee. The woman explains that she’s with the electric company…Sonia without hesitation tells her to come on in. The woman explains that she’s there to make sure Sonia is getting the best price on her electricity. She asks Sonia to go grab a paper bill. Sonia rushes off quickly to grab one with a big smile on her face. After Sonia leaves, the woman pulls open her bag and brings out a piece. Sonia comes with a bill and sees the woman and her friend. Sonia pretends to act surprised and in shock. The woman tells her to strip…Sonia again pretends to be embarrassed, meanwhile her pussy is pulsating. The woman pulls out leather straps and Sonia can’t help herself and says…ooooooh…umm what are those for. The grabs her and gets her wrists, ankles and chest strapped. As the intruder goes to put a cloth in Sonia’s mouth, Sonia says “Wait! Wouldn’t it be a waste just to do all this bondage work only to get a few measly bucks and some cheap jewelry? Why don’t you take advantage of me and make me lick your pussy.” The woman is taken aback but says Sonia does have a point…plus she confesses she does like the company of ladies. She strips and sits on Sonia’s face until she makes her cum. The woman is ready to get back to business when Sonia stops her again. She notices that there are some straps left. She urges the woman to use the strap on her and then maybe she could lick her pussy. It doesn’t take much coaxing to get the woman into it. She ties her legs in froggy and starts to go down on Sonia. Sonia asks if she’s forgetting something. Oh yeah, the gag. The woman stuffs Sonia’s willing mouth with the cloth and wrap it in with microfoam. She then eats her pussy until Sonia has a mind blowing orgasm. Finally, the intruder tells Sonia it’s been fun but she really has to rob her now. Sonia gives up the hiding spots of the jewels and cash and is left there bound on the couch in lesbian bliss. 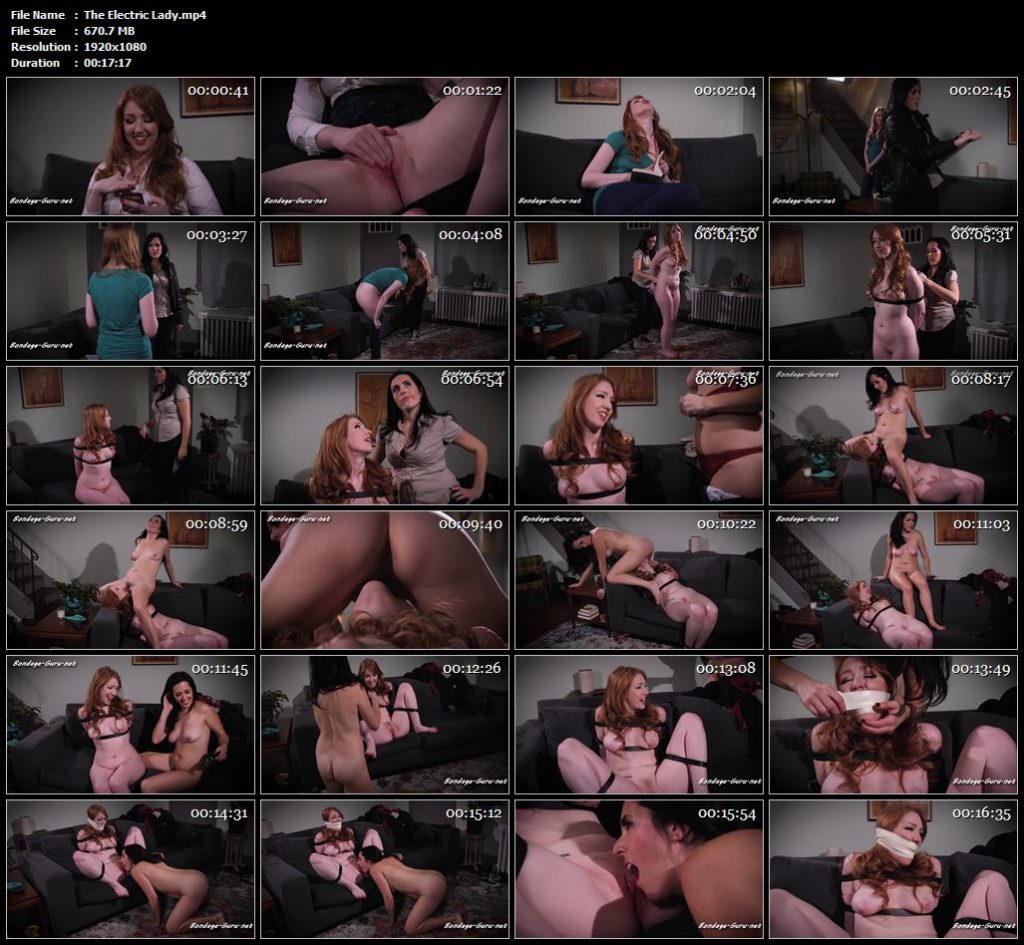