Pepper has had a long day at work and she is very tired. So without even undressing, she lays down on her bed and a second later, she is in dreamland. A few minutes later, her room mate Sahrye walks and wants Pepper to hang out with her. When Pepper does not respond, Sahrye decides she wants to have a little fun without her. So she brings out rope and ties Pepper down to her bed. Knowing Pepper will not be very happy about this and may start to get loud, Sahrye stuffs and ties a sock in her mouth to gag her.. Now for the real fun to begin, Sahrye brings out a vibrator. She turns it on and puts it between Pepper’s legs over her pantyhose and panties. In the meantime, Pepper is having one erotic and exciting dream. She is dreaming that the man of her dreams is holding down so he can have his way with her. But the second she feels him inside her, she wakes to find she is not having sex with a man at all. But instead, she is bound and gagged with her room mate Sahrye holding a vibrator on her. She tries to resist, but cannot move because she is fastened to her bed. She tries to protest, but the gag keeps her muffled. Pepper is frantic as she fights it, but after a short while, she has no choice to give in. Soon she is moaning loud with pleasure and begs Sahrye through the gag not to stop. Then she loses complete control and has an orgasm. But Sahrye is not done and she continues to vibrate her room mate until she has another orgasm. Finally when she is through, Sahrye removes her panties and puts them over Pepper’s head and face so she see just how turned on this game got Sahrye. 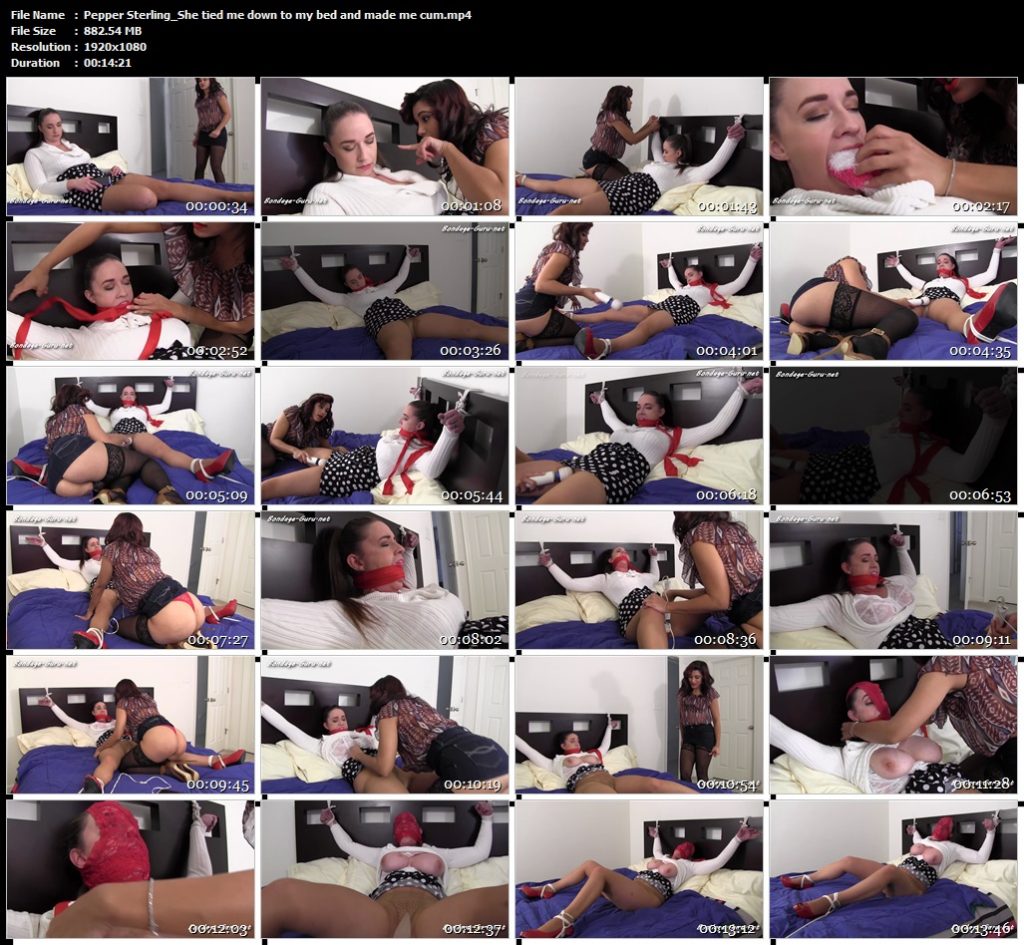 Don’t you want to stay with me forever? – Pepper Sterling, JJ Plush – Born to be Bound