Call girl Paula Diamonds has borrowed an immense sum of money from her mob boss boyfriend, and has no intention on paying it back. Once her boyfriend gets wind of her plan, he sends over his muscle, Nyxon, to settle the score. Nyxon asks Paula nicely for the money, but when Paula laughs in Nyxon’s face, Nyxon decides to get tough. She places her hand over Paula’s mouth catching her off guard & holds it there until Paula’s body goes limp. The next scene opens up with Paula bound tightly on the couch & Nyxon explaining to her that a transport van is on the way to pick her up & take her to her new home. If she’s not willing to pay up, then the mob boss is going to get his money out of her another way. Nyxon wraps a tight cleave gag around Paula’s head with black vet wrap, then leaves her to struggle. Feisty Paula wiggles & squirms until she gets her wrists free from the rope. With her hands free, she quickly works to get the rest of the ropes off, then grabs her phone & goes in search of her passport so that she can leave the country. 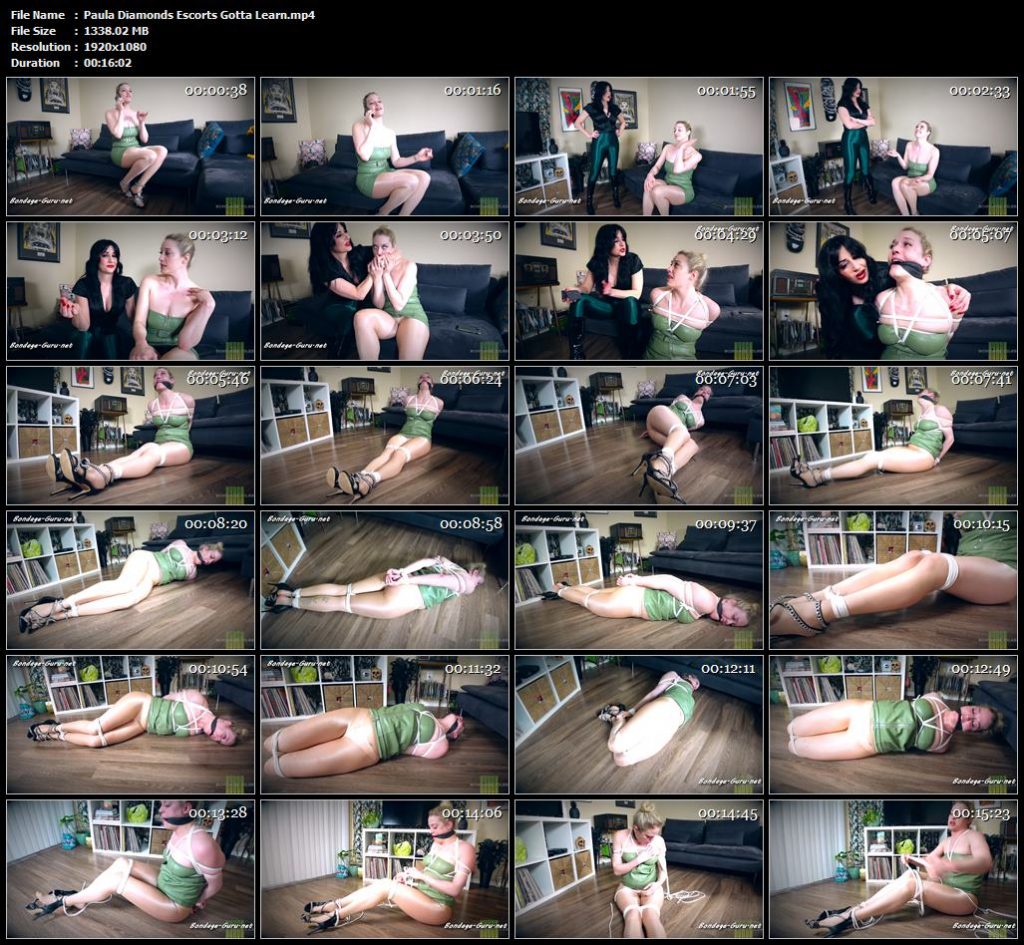