The clip starts out with Slyyy tied tightly to a chair & blindfolded. Nyxon enters the room, removes the blondfold & stuffs it into Slyyy’s mouth. Then, Nyxon places tape over Slyyy’s mouth so that she doesn’t spit out the blindfold. Nyxon tells Slyyy that she’s going to play with her for entertainment, then she places a strip of tape over Slyyy’s nose. Nyxon mocks Slyyy as she struggles to breathe. After a few minutes, Nyxon asks Slyyy if she would like a break & then removes her gag. Slyyy immediately begins complaining, so Nyxon straps a ring gag into Slyyy’s mouth. Then, Nyxon pushes a dildo through the ring gag & deep into Slyyy’s mouth.
this is a custom clip 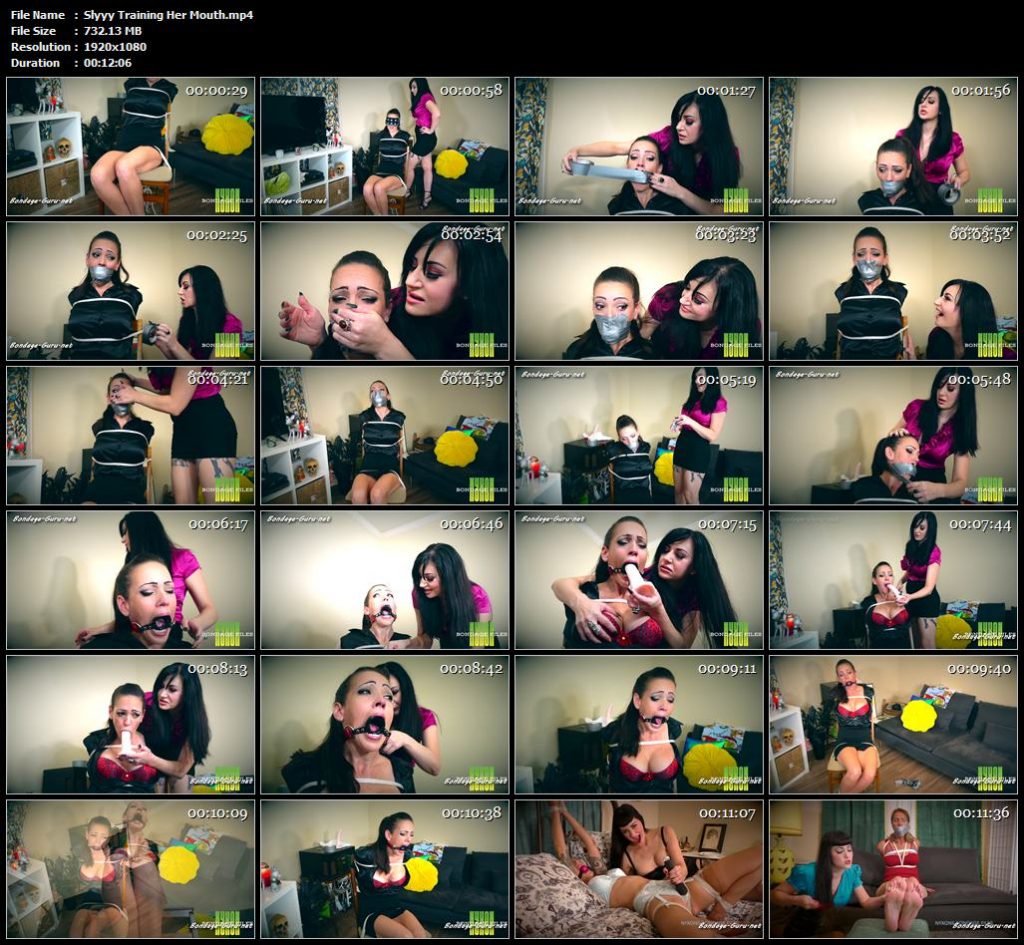