GiGi is used to being the top MILF in the neighborhood, and enjoys having the men in her community run errands for her & fawn all over her. But when Nyxon moves in next door, things start to change & the men stop paying as much attention to GiGi. Determined to secure her place in the community, GiGi ambushes Nyxon & ties her up tight (off screen). The clip opens up with GiGi pushing a hopping & tied up Nyxon into her back yard. She Nyxon down onto the ground, calls her a dumb slut & tells her it’s time for al little neighborhood humiliation. Nyxon mouths off to GiGi demanding to be let go, and Nyxon shoves a big dirty rag into Nyxon’s mouth. Nyxon screams through he mouth stuffing, and GiGi wraps her head in tape to ensure that the rag doesn’t fall out of her mouth. She pushes Nyxon onto her stomach & pulls her into a tight hogtie. She takes a few incriminating photos for good measure & then trots off to meet up with some of the neighborhood men, leaving Nyxon to struggle helplessly on the ground. 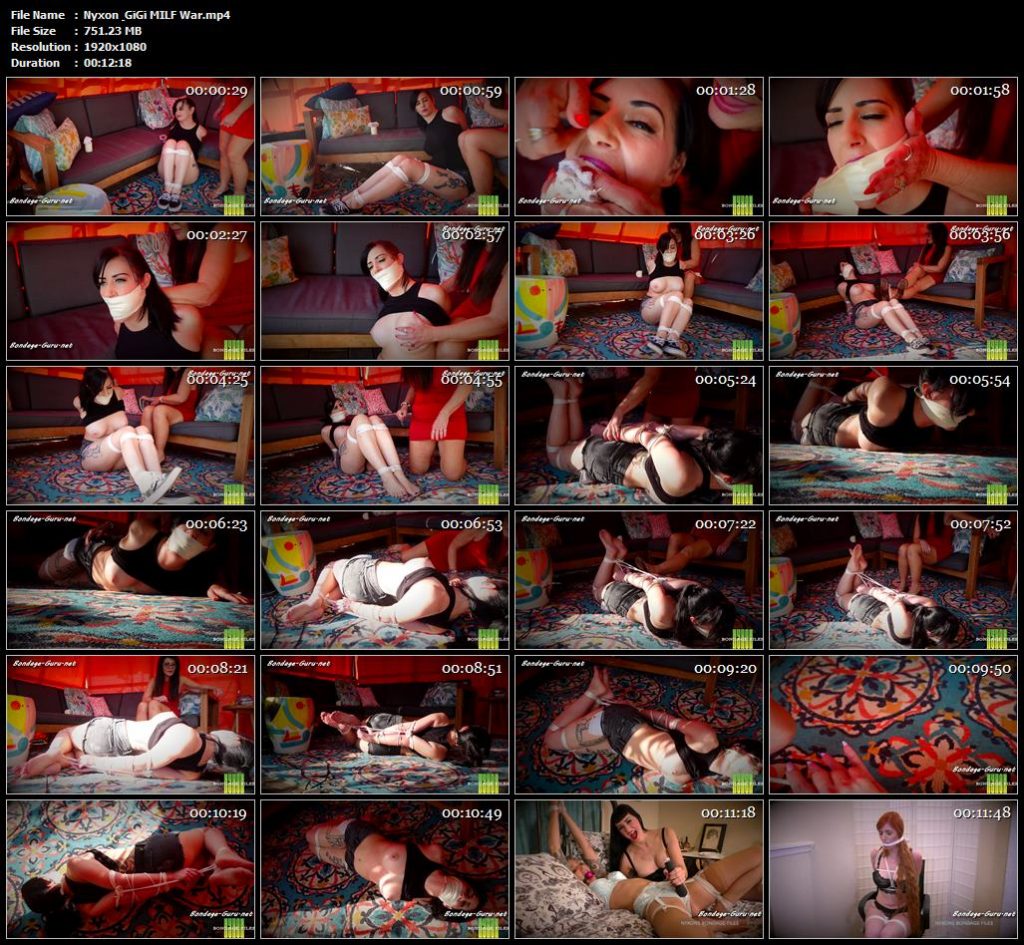