Jayda has been having an affair with her boss, & unfortunately for her his wife has found out. His wife, Nyxon, decides to confront Jayda & shows up at the office while her husband is out running an errand. She presents Jayda with proof of the affair, but Jayda plays dumb & says that she doesn’t even really know her boss. After a few minutes of frustrating conversation, Nyxon decides to take things up a notch & places her hands over Jayda’s mouth. The next scene opens up with Jayda tied up sitting on the floor. Nyxon stuffs a pair of dirty panties into Jayda’s mouth & secures them inside by wrapping a red cloth cleave gag around her head. She then pushes Jayda down onto her stomach & pulls her into a back arching hogtie. Once Nyxon secures the final knot, she removes Jayda’s heels & begins to smack the soles of her feet with a cane. Jayda squeals through her gag & Nyxon slides her closer to the couch. There, she removes her own heels & pulls the panties out of Jayda’s mouth. She stuffs her feet into Jayda’s gagged mouth making her lick & suck on them. When she’s had enough, Nyxon takes a few incriminating photos of Jayda in her compromised position & then leaves her there to struggle. 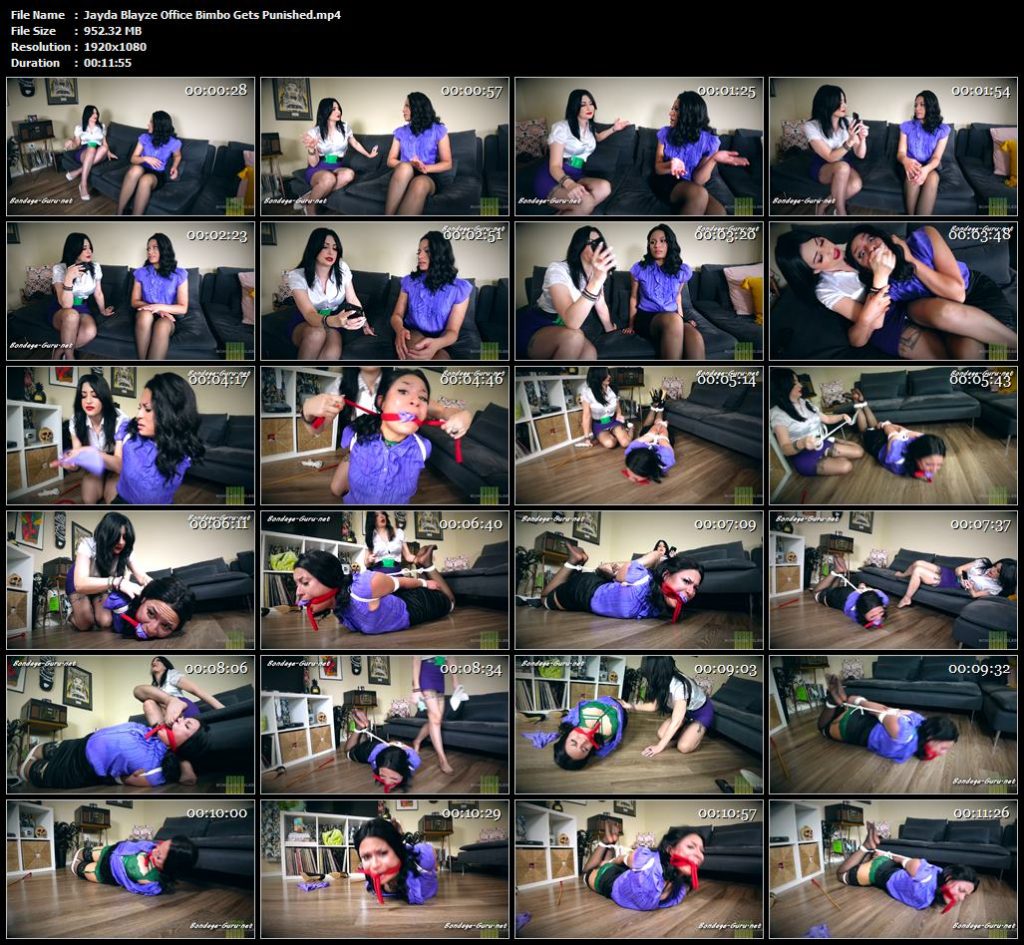