Slyyy is a popular internet influencer who promotes junky products, and Nyxon is tired of her haughty attitude & being swindled. So, Nyxon notices Slyyy’s location & uses some sleuthing to track her down. While Slyyy is in the middle of doing a live feed, Nyxon bursts into her kitchen & confronts her. Slyyy laughs in Nyxon’s face & tells her that all influencers are con artists, and Nyxon gets even angrier. She grabs Slyyy & places her hand over Slyyy’s mouth until Slyyy crumples to the floor. The next scene opens up with Slyyy tightly tied with rope & sitting on the floor. Nyxon shoves a humiliating pink lip gag into Slyyy’s mouth & pulls the strap nice & tight. She then grabs Slyyy’s phone & does a very humiliating live feed from Slyyy’s account. 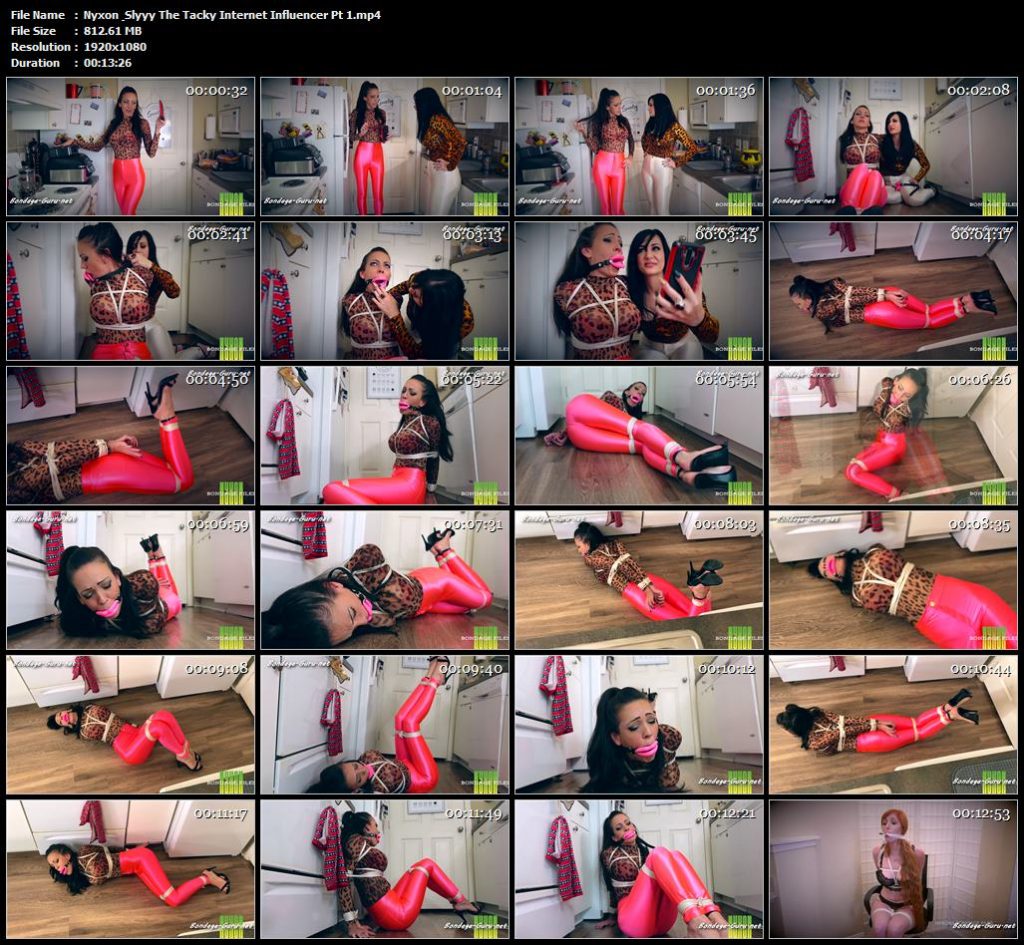