Gigi has just moved into the neighborhood, and she invites her neighbor Nyxon over in an effort to make friends. While the 2 ladies are getting to know each other outside, Nyxon swears she’s seen Gigi somewhere before, but she can’t place it. Gigi tells her that she just has one of those faces, but Nyxon is insistent. Finally, the lightbulb goes inside Nyxon’s head. She asks Gigi if she’s ever had a profile on one of those “exotic” dating sites, and Gigi tells her that she doesn’t know what Nyxon is talking about. Nyxon is sure that she’s seen Gigi on one of those weird kinky swinger sites, so she excuses herself to use the bathroom. When she returns, Nyxon has a handful of rope & a ballgag & tells Gigi that she just knew it was her on the kinky website! Gigi gasps in horror & Nyxon quickly gets to work tying Gigi up (offscreen). She tells Gigi that her & her husband have been looking for a play partner, and Gigi is perfect! Gigi protests & wiggles around while Nyxon shoves a red ballgag into her mouth & pulls the strap nice & tight. Nyxon notices the time, and tells Gigi that her husband should be getting home any minute. She then leaves Gigi to struggle on the ground while she runs to tell her husband the good news. 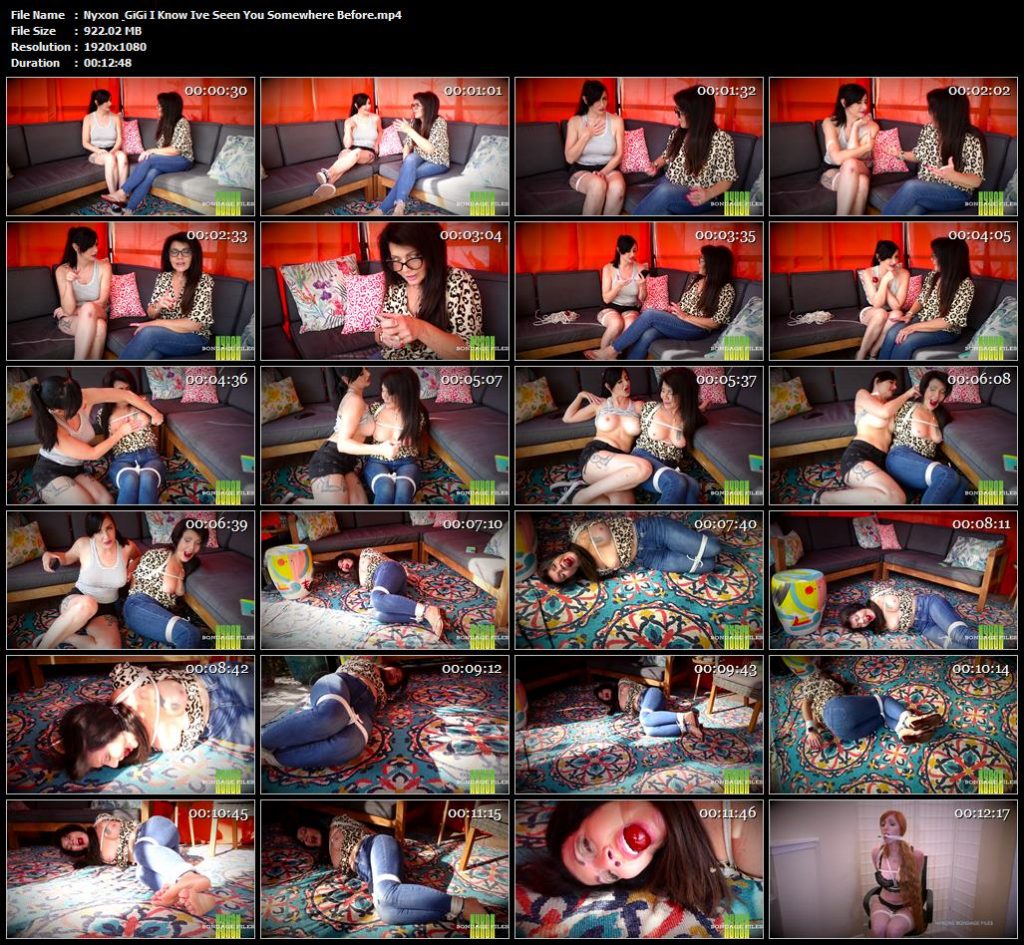