Garnet Rose has been taken, and it’s Nyxon’s job to break her in before she gets passed on. The scene starts out with Garnet tightly tied to a chair & struggling. Nyxon walks in & explains to how she’s going to be trained to be obedient. Garnet starts cursing at her, and Nyxon stuffs her mouth with a silk scarf. She then wraps microfoam tape over Garnet’s mouth & around her head to seal the scarf deep inside. Nyxon tells Garnet that she’s going to teach her to be better behaved, then asks her if she’s ready to learn. Garnet shakes her head “No” & Nyxon places a piece of tape over Garnet’s nose to restrict her breathing, then ignores Garnet while she struggles. Nyxon lifts the tape from her nose & asks Garnet if she’s ready to behave. Garnet shakes her head “No” & Nyxon replaces the tape. Nyxon continues to two with Garnet while groping her until Garnet finally gives & is ready to behave. 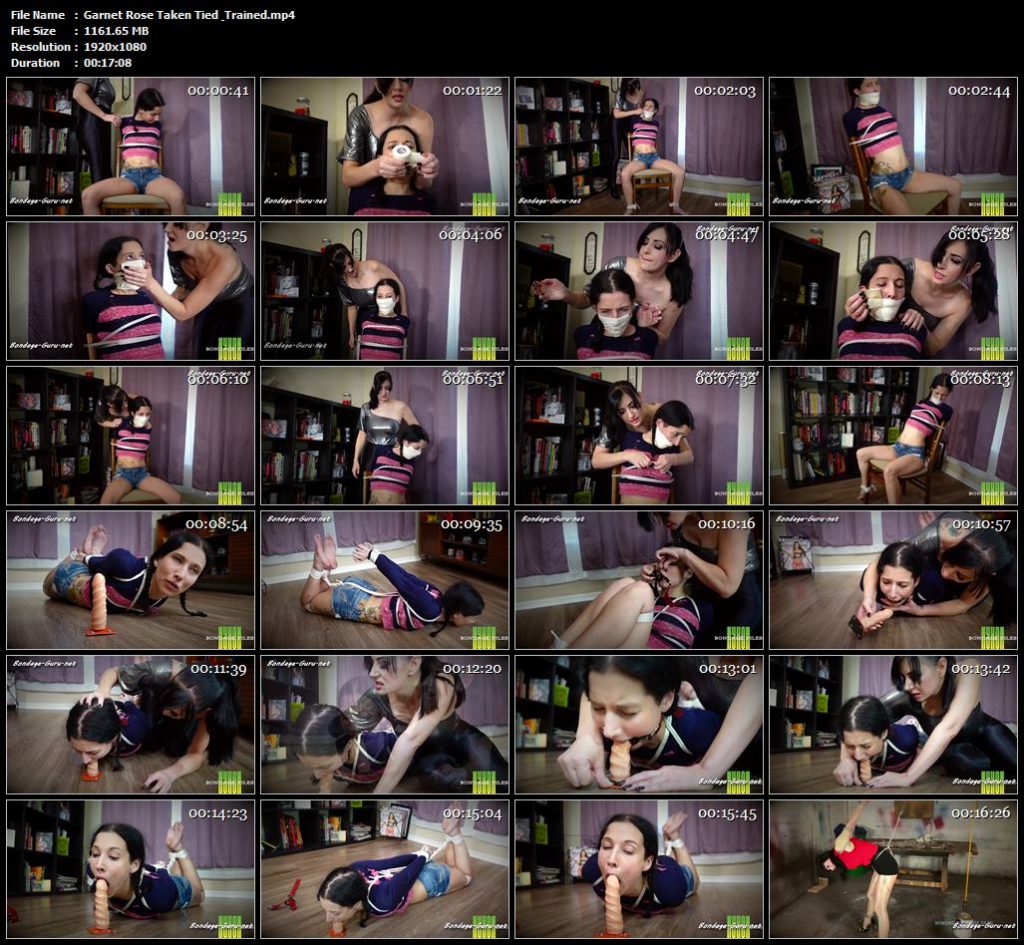