GiGi has her on the floor wrapped in a blanket. She grabs a roll of duct tape and starts to wrap it tightly around Nyxon’s ankles & starts to work her way up Nyxon’s legs. She gets Nyxon’s body completely mummified in duct tape and decides that she’s had enough of Nyxon’s mouth. She stands Nyxon up against the wall and shoves a sock in her mouth and cleave gags her with a bandanna. Nyxon struggles a bit and GiGi puts her back down on the floor verbally humiliating her the entire time. Nyxon rolls around & struggles, but the mummification is so tight that she just can’t escape. Hopefully, her husband will pay the ransom soon and she can be free. 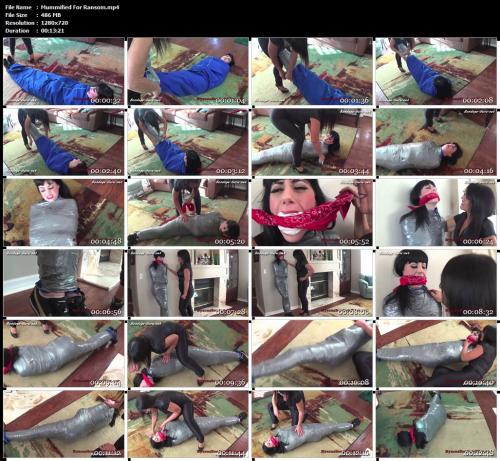