Secretary Nadia White took a bribe from a competitor so she copied the company’s secret invention while she believed I was out of the office. She wasn’t aware that I was behind her listening to her conversation and copying the data onto a flash drive. I force the busty blonde bimbo onto the couch and bind her arms together behind her back cinching the elbows nice and tight. Then I tie her ankles together before forcing a panty into her big mouth and wrapping many layers of bandage around her pretty face. Nadia’s big blue eyes widen in fear as she realizes she is in big trouble when I inform her that it will appear that she ripped off the client who bribed her. I walk away to delete the contents of the flash drive. Nadia manages to maneuver herself onto the floor and struggles desperately to get away flailing her bound arms helplessly. I return pushing the big tit secretary onto her side and rip open her turtleneck sweater exposing her big tits. I add more rope to her ripe body making sure to split her pussy in two with a brutal crotch rope. I secure her wrists to the crotch rope so that every movement of her hands causes friction on her cunt. I leave the pretty thief bound, gagged and helpless. 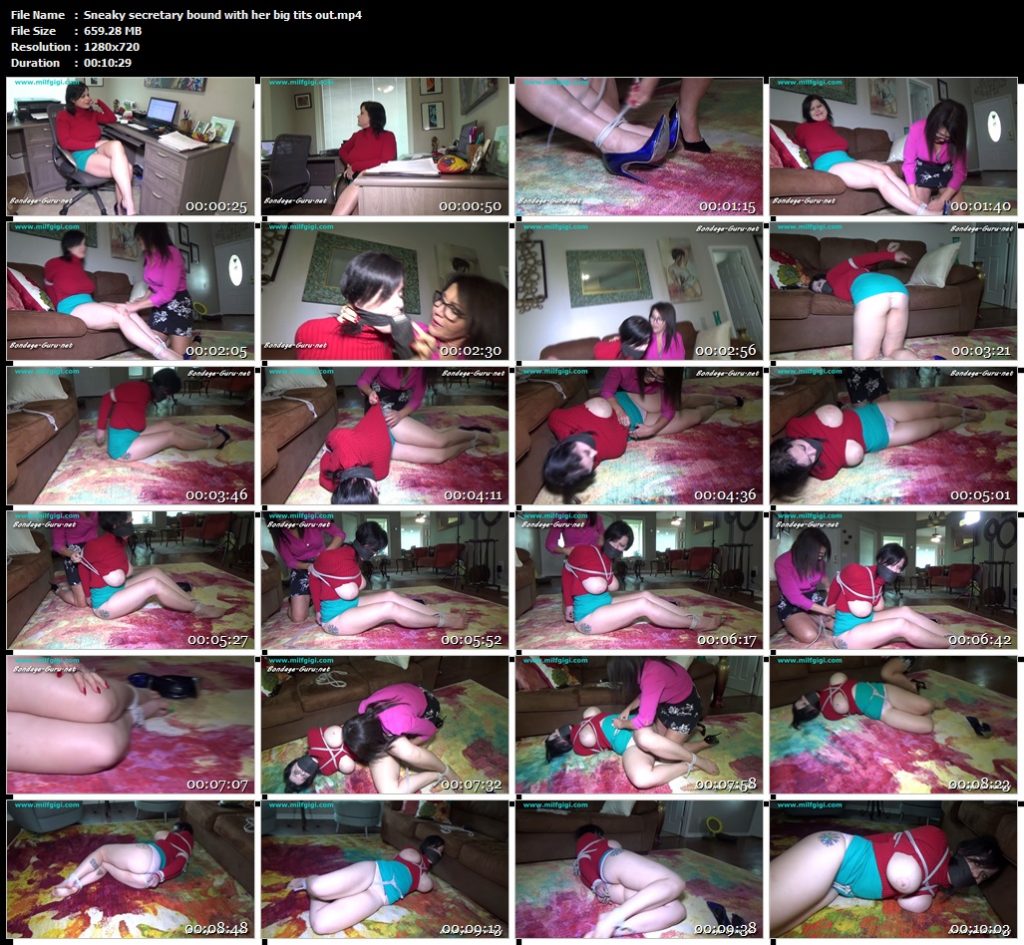