A live cam show featuring Dolly Leigh and Missy Minks is captured on camera in this hot clip! Taking direction from KinklLive Members, Dolly ties Missy’s hands behind her back. Then she cuts off her top and while Missy whines and complains about losing a favored top, Dolly then cuts off her new leggings! Missy is fit to be tied and that’s exactly what happens! Dolly then frogties one leg and rigs an ankle cuff on the opposite leg. Pulling Missy’s leg up, Dolly ties off the rope to the point above and now Missy is in a tough spot. Groped and probed with a hitachi, Missy is about to get messy! The mess comes from the ballgag, not Missy’s usual squirting mess! Missy is so pissed at Dolly she bites through the ball sack ball gag placed in her mouth…and when the gag is removed, Missy looks like the clown from Batman, only it’s black mouth paint! Drooling and a huge mess with black dye all over her tongue, Miss Minks is still one very hot babe! 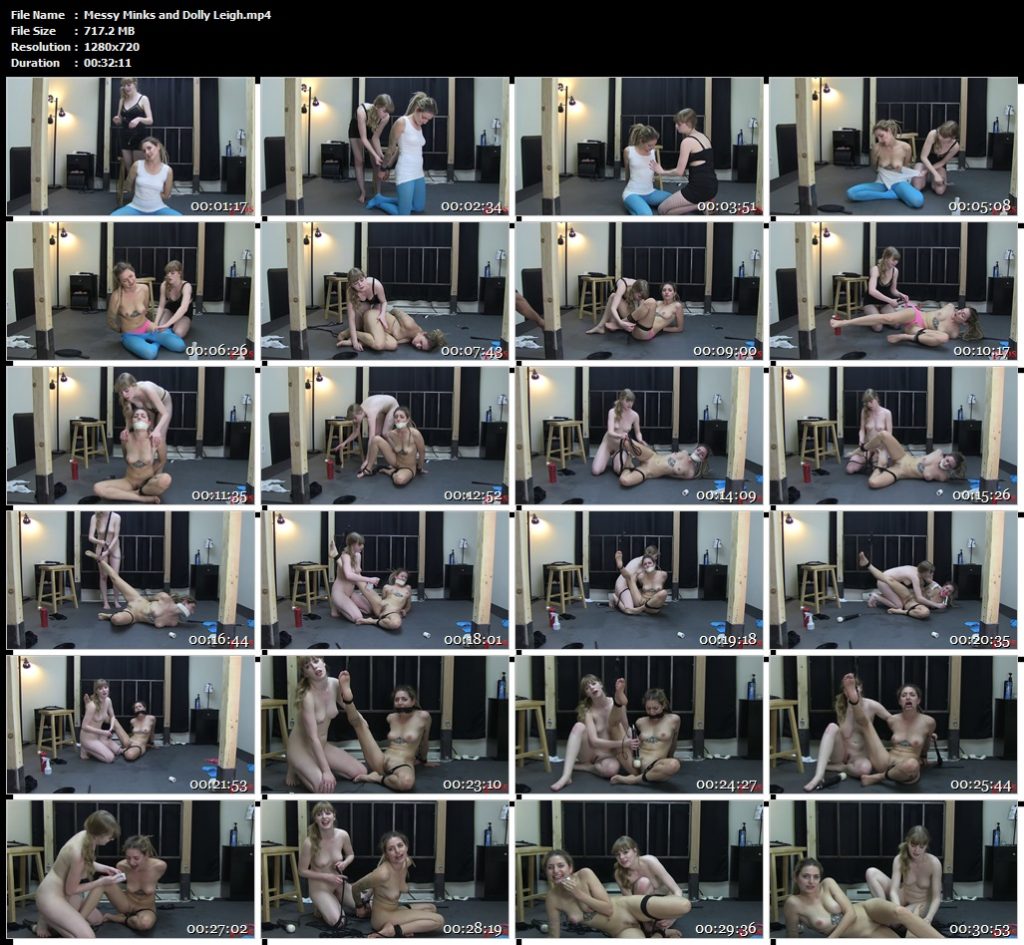