Serene was on her way to completing her latest heist when suddenly Madalynn was on her tail. Madalynn has been studying the catburglar for a while and decided to follow her around in order to try to win her over and be something like a sidekick. Serene grabs Madalynn and starts binding her arms. Madalynn wants to be accomodating so she asks if its an initiation ritual. Madalynn finds herself bound at the arms and suddenly gagged with a ballgag being shoved into her mouth. Forcing her up onto the bench as she continues to question her Serene binds her ankles next completing her helpless state. Deciding that her suffering wasn’t quite complete though she rolls her over attaching her bound form to a pulley suspended over the table and lifting the pulley upwards yanking her hogtie ever more taut and higher. Serene taunts her again before coming back to take some photos of her predicament. Finally after thinking she’s had enough Serene takes the mean part out of the hogtie and leaves her a pair of scissors telling her that she can cut herself out and that she never wants to see or hear from her again. 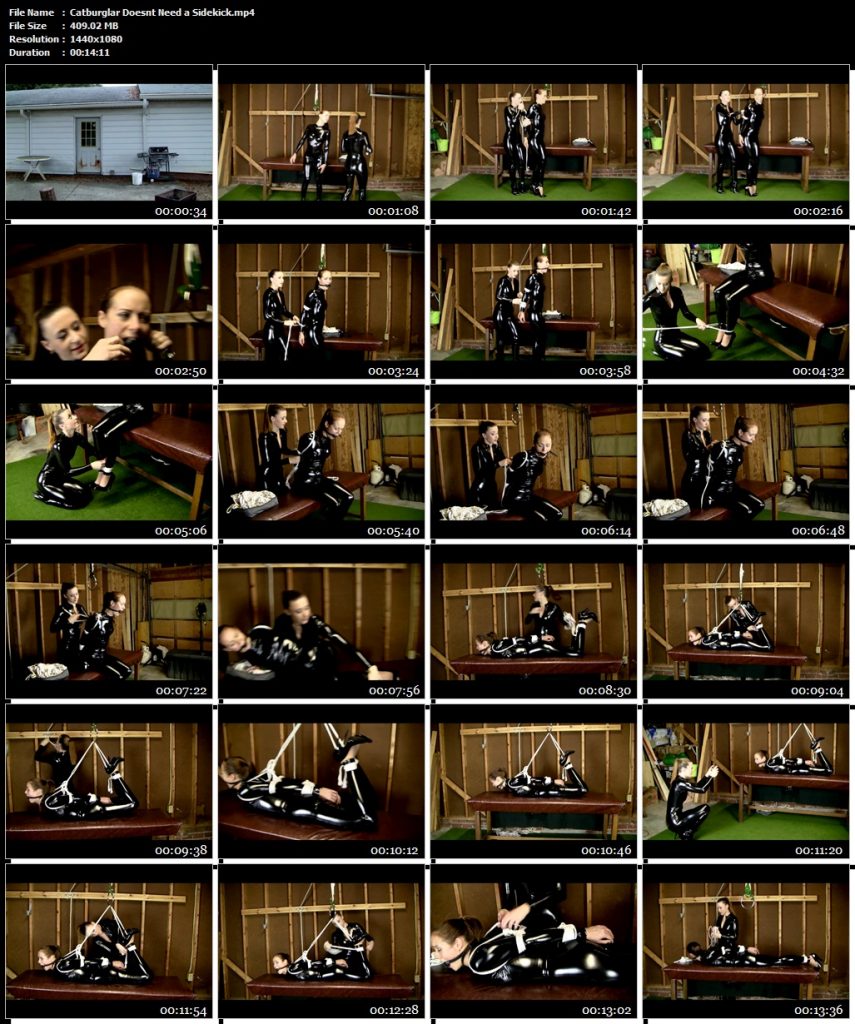