Lexi is at her house relaxing on the couch when she realizes that her newest visitor isn’t there to do her any good. Serene quickly has Lexi strip from her clothing revealing her lingerie and pantyhose. Wasting no time Serene tells Lexi that she has something she wants and starts binding her wrists together behind her back. Working methodically she wraps Lexi’s legs after crotchroping her and then binds her elbows while Lexi gets increasingly embarrassed and more helpless. Finally after hearing enough of her complaints she gags Lexi by stuffing her mouth and wrapping microfoam around her head sealing the packing in and muffling her cries of distress. Serene goes and secures her prize before coming back and taking some of the pictures she’ll use to keep Lexi from going to the police. With her pictures taken and Lexi’s silence relatively guaranteed Serene leaves poor Lexi to struggle and moan hoping someone will eventually come to her rescue. 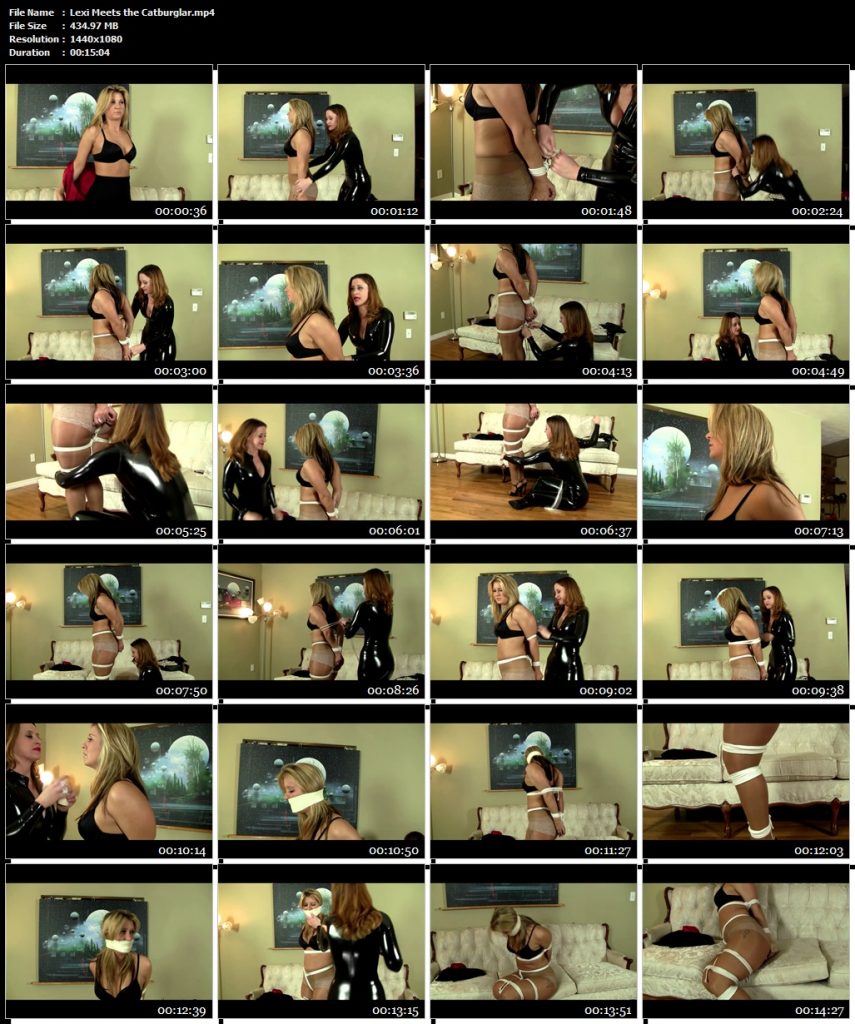