Secretary Izzabella Robbins was feeling particularly tired & lazy at the end of the day, and instead of taking a newly acquired top secret hard drive to the storage center, she decides to bring it home with her & take care of it tomorrow. Unbeknownst to her, however, top spy Nyxon has followed her home in hopes of stealing the hard drive & the precious information that it holds. Izzabella walks into her living room, stashes the hard drive under a pillow, and is quickly bopped on the head with a crow bar, by Nyxon. Izzabella’s eyes roll in the back of her head & she falls back limp on the couch. When she comes to, she finds herself tightly tied to a chair & her tits exposed. Nyxon taunts her & demands that Izzabella tell her where the hard drive is, but Izzabella remains tight lipped. Knowing that she’s not going to get anything out of this secretary, Nyxon places a spider gag into her mouth & pulls the strap nice & tight. While Izzabella is furiously struggling to get free, Nyxon locates the hard drive & creeps away with it. 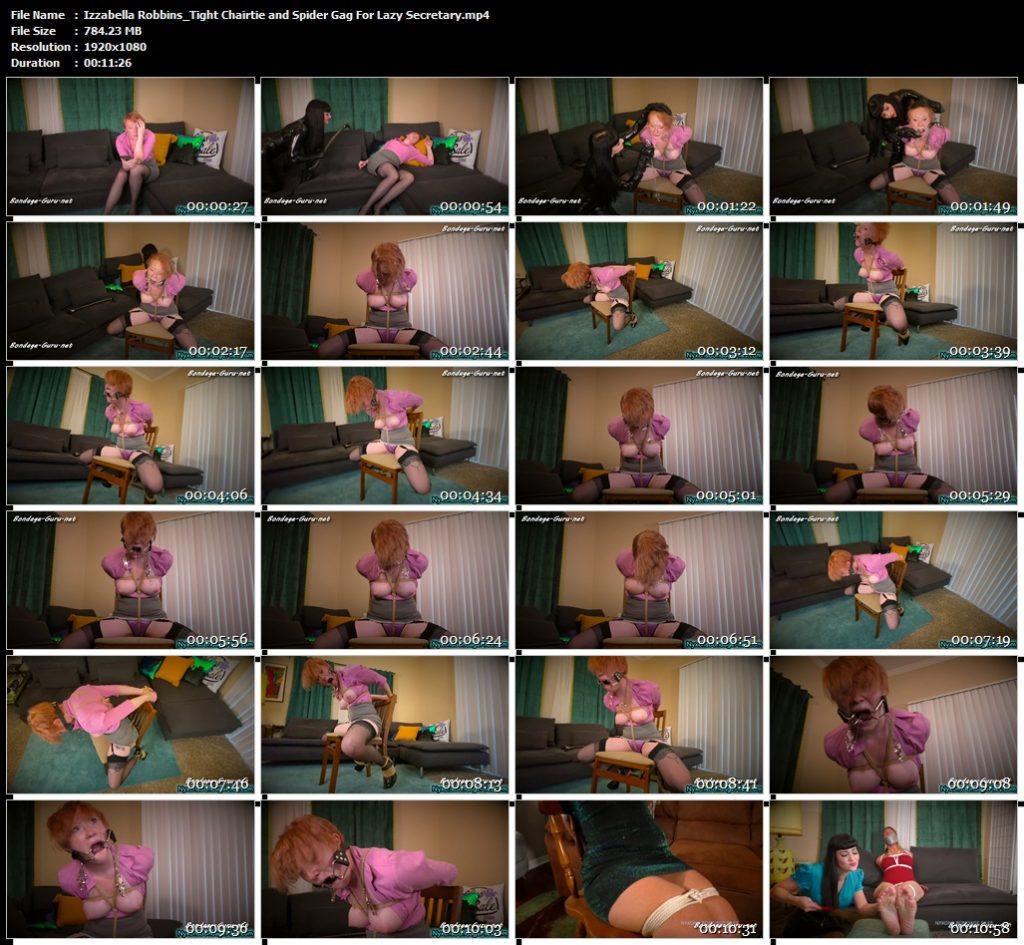