I’ve been friends with Gigi for a few years, but she’s never met my girlfriend Genevieve. Seems Genevieve has watched a lot of Gigi’s videos, and is convinced Gigi will tie her up and torment her, so she’s afraid to meet her. I suggest that if Gigi were already tied up, Genevieve wouldn’t be so afraid, and Gigi agrees. Once she’s bound, Genevieve enters, but she’s still uneasy. It seems she thinks Gigi still has far too much mobility and could escape, so she insists I bind Gigi even more tightly. Soon, Gigi is bound, gagged, crotch roped and hogtied, and Gen finally seems happy. I’m happy, too, because now that the woman is completely helpless, we can tell her the truth: We just wanted to tie her up to make it easier to take her back to our place to become Genevieve’s personal plaything! Now that she understands what’s really happening, Gigi begins to fight in earnest, but it’s too late for her! 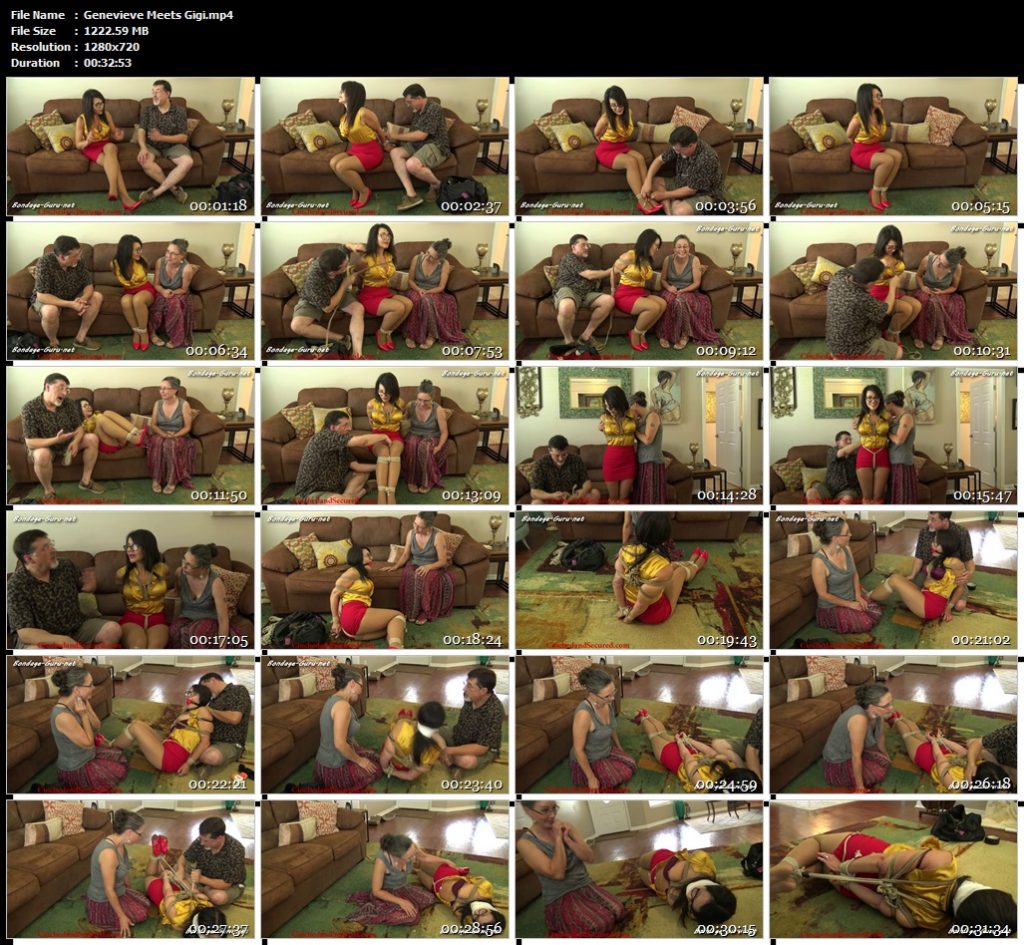