You know how no matter how many expensive toys you buy your cat, they always seem most interested in a discarded box? Similarly, Elise – with all her expensive toys at her disposal – prefers to play with the most simple of objects sometimes. In this case, a bag. Let’s back up though, after Lita Lecherous slides her pussy onto the girthy Sybian dildo, Elise secures her there with beautiful rope bondage that accentuates Lita’s breasts. As Lita is a known wiggler, Elise secures Lita’s neck, so that each wiggle will be felt! Elise toys with Lita’s helplessness by turning the Sybian up and down for her own amusement. Given that Lita also has a healthy set of lungs on her, Elise decides to try to distract her from screaming with a simple bag. The more Lita screams, the more excited Elise becomes. 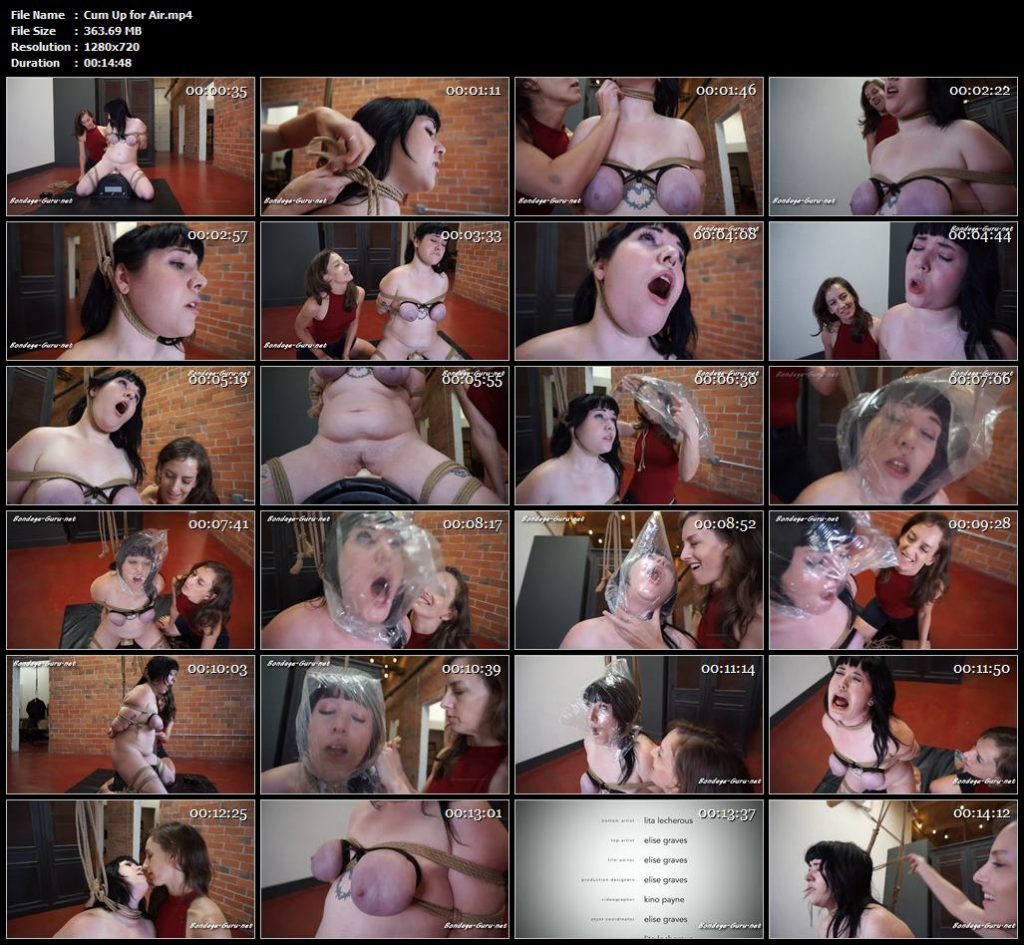